Ross Taylor of New Zealand (centre) is congratulated after dismissing Ebadot Hossain Chowdhury of Bangladesh. Photo: Getty Images
And so it ended, not with a cut, a sweep or a catch, but with a wicket.

Ross Taylor's test career has finished in remarkable circumstances, with the New Zealand cricket great taking the final wicket as the Black Caps completed a crushing test victory over Bangladesh.

Enforcing the follow-on at the start of play, the Black Caps bowled Bangladesh out for 278, to claim victory by an innings and 117 runs.

Kyle Jamieson took four wickets, Neil Wagner three and Tim Southee and Daryl Mitchell one apiece, but with one wicket remaining, and the new ball one over away, the Black Caps turned to Taylor, a man with two test wickets who hadn't bowled since 2013.

Facing Ebadot Hossain, who had earlier doubled his career test runs when edging Jamieson for four, Taylor's opening off-spinner was prodded away, and the second ball pushed back to him.

The third went high into the air, and Tom Latham – later telling Taylor he'd never felt so nervous – took the catch at midwicket.

It's also a win that brushes away at least some of the distaste of their first-test defeat, with a return to a green wicket and windy conditions expectedly coinciding with a much stronger performance – one that will give the Black Caps confidence that their shock loss at the Mount was merely a blip.

Two tests against South Africa in February will provide a good gauge to the truth, but those matches will be contested without Taylor, who played his 112th and final test as he prepares for farewell ODIs against Australia and the Netherlands.

It initially didn't look like a fairytale finish, with Taylor making 28 in the Black Caps' only turn at bat, but his pre-test wish of concluding with a win came true, and before his bowling heroics he also claimed a catch at first slip to dismiss Mominul Haque.

That catch came off the bowling of Wagner, who shone on day three as he tore out Bangladesh's middle order.

Wagner moved past Chris Martin into fifth all-time for New Zealand with 235 test wickets, and mark down Najmul Hossain Shanto as one of the many batsmen who wrongly thought they could attack the short-ball master.

Shanto managed to clatter Wagner for six over fine leg, but tried to do it again and picked out Trent Boult, while Wagner's persistence also accounted for Yasir Ali, who was dropped second ball after a snorter at the gloves, but fell in Wagner's next over when an edge ballooned to Latham at second slip.

Then, after Bangladesh offered some resistance with a 101-run sixth-wicket partnership, it was Wagner who got in on the catching action, with an excellent diving snare at mid-off to give Mitchell his second test wicket.

Nurul Hasan was Mitchell's victim, for 36, but Liton Das at least gave Bangladesh a positive period after two days of Kiwi dominance, with some stellar counter-attacking.

Liton took 16 off a Trent Boult over and a Jamieson over went for 17 as he made 102 off 114 balls for his second test century.

He became more aggressive after losing Mehidy Hasan Miraz – caught by Latham off Jamieson – and having to rely on the tail order, but he took 11 off a Jamieson over to bring up his century.

Jamieson got his man an over later, trapping him lbw, and as Bangladesh went down to their final wicket, chants started from the Hagley Oval faithful to give Taylor one last moment. 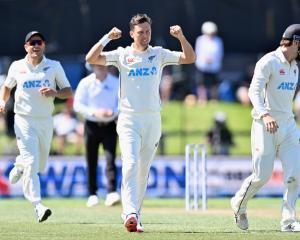 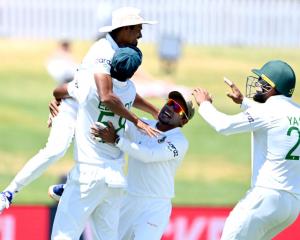 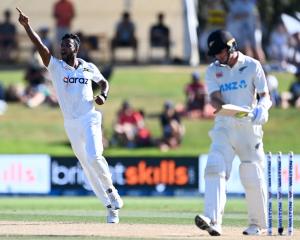 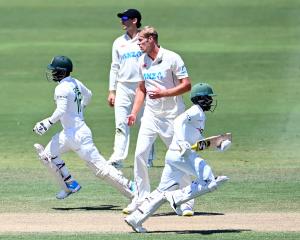 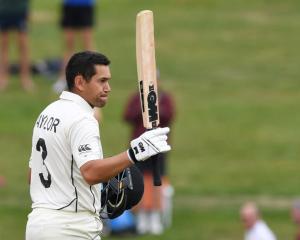 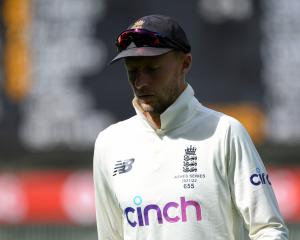 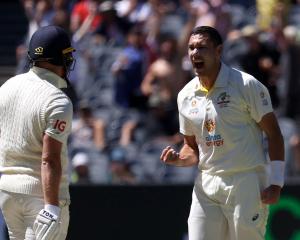 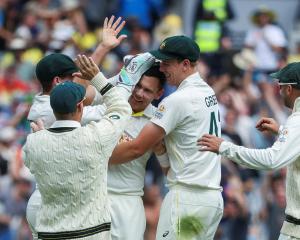