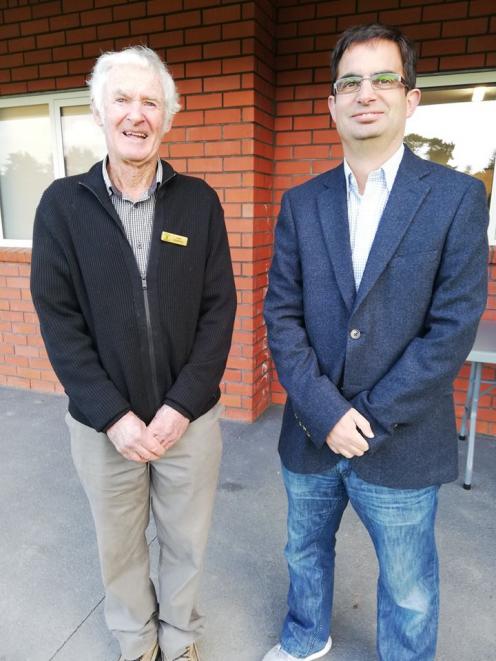 The Weedons-Rolleston junior cricket club captain was awarded the Canterbury Country Cricket Association‘s Ness Wright Memorial trophy for volunteer of the year for his efforts.

Welford, who lives in Rolleston, has contributed to junior team numbers going from 12 to more than 30 over the past season.

He also helped establish a paid administration role within the club and fostered stronger links with Canterbury, Canterbury Country and New Zealand cricket.

Welford used his experience in the software industry to find ways to improve the CricHQ online scoring system. He created his own training tool called CricNotes, which helps junior cricketers work on a specific part of their technique while training.

Welford said after coaching his two sons’ junior teams, he felt it was right to get more involved in the club behind the scenes “three or four years ago”.

“It’s always very humbling to get an award like this,” he said.

“I got a text from another guy in the club saying congratulations, which was quite a shock.

“My two boys are fanatics and when my youngest started many years ago, I got roped into coaching and then I thought I should be contributing on the committee too.”

“We are a good team and he’s put in a lot of time in the club too.”

Welford said the spike in playing numbers could be attributed to two factors.

“One is the popularity from the 2015 World Cup and the other is the population growth out here in Rolleston and we’ve had to expand and grow because of those two reasons,” he said.

Welford played cricket as a child but did not play into adulthood. He says he has enjoyed getting back into the game.

“I’m really pleased with what the club has been able to do and I’m pleased I’ve been able to play a part in guiding that.

“My goal was to get a structure in place and a process in place that could help run this club as it gets bigger.

“We want a club that is sustainable and will continue to grow,” he said.

Welford said it will be important to stay focussed when club sport returns after the Covid-19 crisis.

“I play a small part in helping to organise things but it is the coaches who deliver the game and they deserve a lot of credit.

“My role is to give them as much support as I can so they can get kids off the couch and enjoying the game of cricket.”