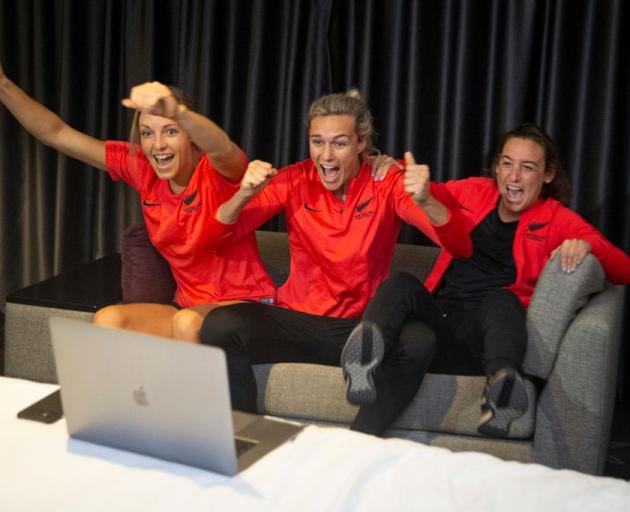 A final decision on the venues is still to be made, with five Kiwi stadiums in contention to host games – Orangetheory Stadium in Christchurch, Forsyth Barr Stadium in Dunedin, Eden Park, Waikato Stadium in Hamilton and Sky Stadium in Wellington.

The trans-Tasman neighbours beat Colombia to win hosting rights for the showpiece event after all other contenders had dropped out of the race to leave just the two bids remaining.

The successful bid received a technical score of 4.1 points out of five in FIFA's evaluation report and that swayed the 35 members to vote in favour of the joint hosts over the South Americans.

There are 37 FIFA Council members but only 35 voted, as New Zealand's Johanna Wood and Colombia's Ramon Jesurun were ineligible.

Of the available votes, nine were from UEFA, seven from Asia, seven from Africa, five from North and Central America, four from South America and two from Oceania. FIFA Council president Gianni Infantino held the other vote.

Earlier reports from Europe indicated the majority of UEFA's nine Council members could vote for Colombia, which was also set to be supported by its fellow CONMEBOL members.

The winning bid proposed 12 cities with seven in Australia and five in New Zealand. It includes the main stadium used for the 2000 Sydney Olympics.

After a successful World Cup last year, FIFA wants the next women's tournament to further establish its independence from the men, and show it is commercially attractive.

At least $100 million is expected to be paid by the governing body in 2023 - for prize money, team preparation costs and to clubs releasing players for the tournament - FIFA president Gianni Infantino pledged last year in France.

Ahead of the bid the Australia-New Zealand team left nothing to chance, with New Zealand Prime Minister Jacinda Ardern personally hitting the phones in an attempt to secure the tournament.

Ardern and Australian counterpart Scott Morrison both featured in the campaign's final presentation, which was seen before the vote.

Auckland's Sky Tower and The Sydney Opera House and were lit up on Thursday to celebrate the joint bid.