Clapham back home to play for Dragons 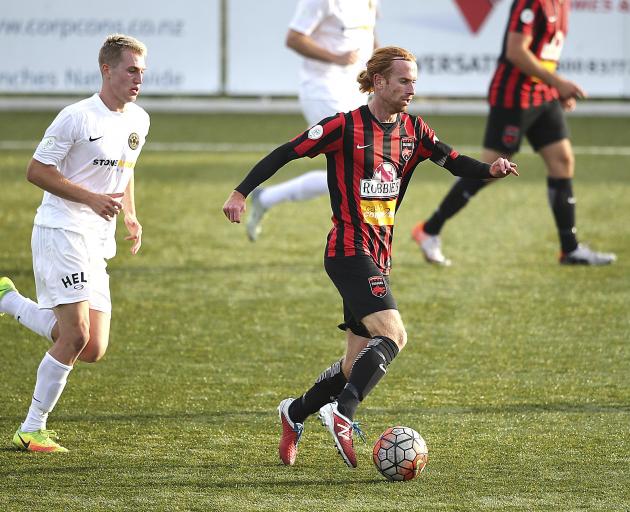 Aaron Clapham has signed with the Dragon for the upcoming season after spending last season with Team Wellington. The 32-year-old midfielder last played for the Dragons in their 1-3 loss to Auckland City on November 5. Days later he ended his time with the club, citing personal reasons after the arrival of his first child.

“At the time, it was really hard because it’s not my character either. I don’t want to walk away from something that doesn’t feel right to me, but it was a really challenging time in my life. We had a new born son and a lot of pressure on my time and I wasn’t enjoying the environment,” said Clapham.

The former All White made his Dragons debut in 2009 and since then has gone on to be widely regarded as one of the best players in the league. In 117 appearances for the Dragons, Clapham scored a club record 61 goals. Then last season he helped Team Wellington advance to the league final and also scored a goal at the FIFA Club World Cup in the United Arab Emirates.

A major factor in his decision to return to Canterbury is having his two-year-old son at home games.

“I want him to remember it when he’s older, so I might need to stick around for a few more years. I’d love for him to be ableto have those memories of his dad playing at a high level,” said Clapham.

The Dragons will begin a new era this season under the guidance of Lee Padmore, who was recently appointed as coach after the departure of Willy Gerdsen. Clapham knows Padmore well. The pair interacted regularly when Padmore was the director of football at Selwyn United, while Clapham holds the same role at Cashmere Technical.

“I like a lot of his philosophy on football and I like that he’s really interested in driving the club to have more local representation. I think it’s important that the club are providing pathways to local players,” he said.

Clapham is also looking forward to reuniting – rather than competing against – a number of his Cashmere Technical teammates who are part of the Dragons squad.

“Tom Schwarz and Dan Terris are guys I’ve spent years playing football against, so it was very strange to play against them last year. I’m looking forward to getting into training and playing with guys that I’ve known for a long time and spent a lot of time going into battle with,” he said.