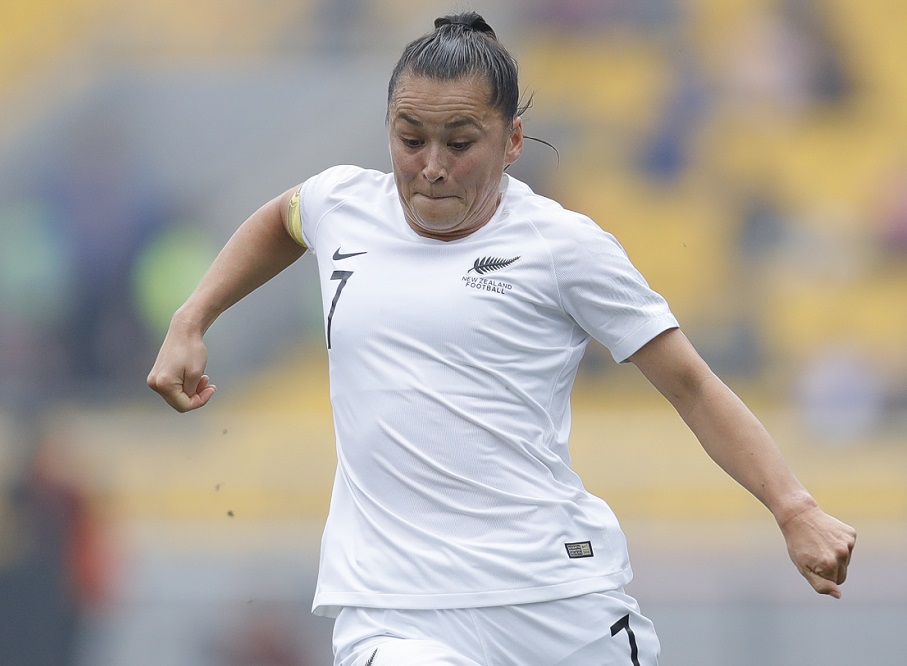 Football Ferns skipper Ali Riley. Photo: Getty
The Football Ferns will now look to secure third place at the Algarve Cup after falling to a 3-0 loss against Italy in the semi-finals in Portugal this morning.

Tom Sermanni's side went into the clash aiming to create history as they had never made the final of this tournament before and were also chasing back-to-back victories over non-Oceania opposition for the first time in seven years.

But Italy, who made the quarter-finals of last year's FIFA Women's World Cup, were just as determined to progress and their superior execution in the final third made the difference as goals from Cristiana Girelli, Barbara Bonansea and Stefania Tarenzi gave them a well-deserved win.

New Zealand went into the match slightly lower in numbers than for the first-up victory over Belgium with Sarah Gregorius having retired with immediate effect and Claudia Bunge also unavailable due to suspension.

Stephanie Skilton came into the starting line-up in place of Bunge and, with the Tokyo Olympics looming large on the horizon, Sermanni took the opportunity to shuffle his pack further as goalkeeper Anna Leat, Annalie Longo and Rosie White all also entered the fray.

The rejigged side could not quite pick up on the impressive first-half performance that was displayed against Belgium several days ago though, Italy taking the lead mid-way through the half when Girelli pounced on some hesitant defending at the back post.

New Zealand were presented with a golden opportunity to equalise just before the break after the trickery of Longo won a penalty but White's driven spot kick was saved.

That was as close as the Ferns came as they continued to find chances hard to come by in the second period and found themselves further behind when Bonansea volleyed home just before the hour.

The only real sight of goal for New Zealand came in fortuitous fashion as a deep cross from skipper Ali Riley threatened to sneak under the bar but Italy goalkeeper Katja Schroffenegger did well to tip it away.

Her Kiwi counterpart had earlier pulled off an outstanding save of her own, Leat somehow managing to get a boot to a strike from Italy captain Sara Gama to deflect it on to the post.

That kept her side in the game but the result was put beyond doubt with just over 20 minutes remaining when Tarenzi prodded home from close range.

Both coaches then had the freedom to empty out their benches, Sermanni taking full advantage with Nicole Stratford, Jana Radosavljevic, Katie Rood and Paige Satchell all seeing significant game time in the second half with the preparations for Tokyo in mind.

Sermanni and his side will look to continue those plans by earning a confidence-boosting result in their final match of the Algarve Cup, a clash against Norway on Wednesday morning (NZT). They will fancy their chances of securing third place after defeating the same side 1-0 in a friendly last March.