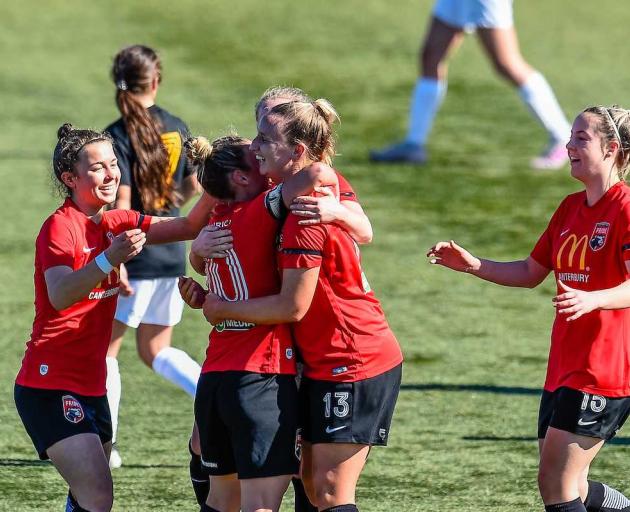 The Pride celebrate a goal from Whitney Hepburn (13) against Capital on Sunday.
Canterbury United Pride kicked off the defence of their National Women's League title in style with a 6-0 thumping of Capital at English Park on Sunday.

The visitors were very much in the game at half-time with the Pride taking a slender one-goal lead into the break after Nicola Dominikovich struck midway through the half.

However, the quality of Alana Gunn’s side began to show in the second period. Bel Van Noorden made it 2-0 soon after the restart before Whitney Hepburn helped herself to a double while Jasmine Donald and Britney-Lee Nicholson also found the net to complete the 6-0 route.

“The first half was a really even competition but I think we showed our class in the second half and put the game to bed, which was really pleasing,” said Gunn.

This Sunday the pride host Central at English Park. The match kicks off at 2pm.