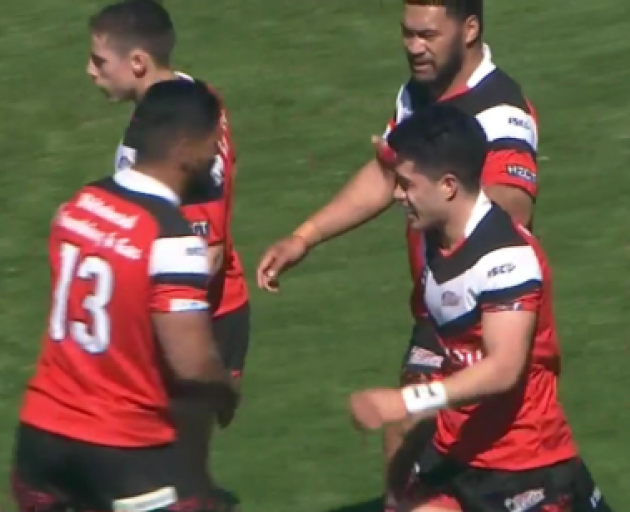 The Bulls ran in 10 tries, including doubles to centre Vinnie Paul and first-year representative fullback Jordan Coleman, but missed a potentially crucial boost to their for-and-against by landing just three conversions.

Canterbury withstood an enterprising start from the hosts to register the first try in the 12th minute.

A brilliant offload in heavy traffic from half Brad Campbell put centre Jope Tagicakibau in space, before rookie fullback Jordan Coleman ranged up in support to score the try.

The Bulls doubled their lead to 8-0 four minutes later through the individual brilliance of co-captain Tevin Arona. The live wire five-eighth dummied through the defensive line and stood up the Waikato fullback to zip over in the corner – his fourth try of the

Waikato’s right-edge defensive edge opened up again in the 28th minute, struggling to handle Danny Latu, who unloaded for Tagicakibau to reach out for Canterbury’s third try.

The Bulls took a real stranglehold on the match before halftime, piling on three more tries, to Brad Campbell, Vinnie Paul and Roger Tafua, for a 28-0 scoreline before the teams headed to the sheds. .

Waikato belatedly landed on the scoreboard two minutes into the second half as fullback Aubrix Tawha finished off a wonderful team try.

The match plateaued for an extended period but the Bulls capped a convincing result with two tries in the last five minutes. Vinnie Paul crossed his second try after excellent lead-up work from Sauni and Coleman, before Paul returned the favour for Coleman to complete a double.

“There’s a lot of talent there, so hopefully we can keep working hard and have a good crack at making the final.”

Auimatagi added the team is looking forward to their first Premiership home match at Ngā Puna Wai against Counties Manukau this weekend after back-to-back 5am starts to fly to the North Island on game-day.

“A sleep-in will be good, but it’s going to be a tough game at home,” he said.

“[We’re] just looking forward to the first one at our new home at Ngā Puna Wai.”