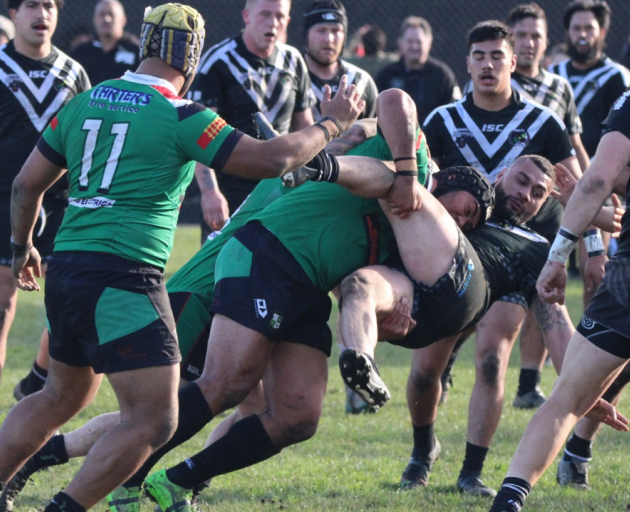 The Keas and Panthers – who faced off in four straight deciders from 2016-19, all won by Linwood – split their regular-season matches, setting up a massive semi-final showdown at Hornby.

The arch-rivals delivered, with the Keas ultimately prevailing 14-10 after an epic arm-wrestle.

The five-time defending champs led 14-6 at halftime. The Panthers posted the only try of the second half but were unable to find a go-ahead score.

Canterbury Bulls coach Andrew Auimatagi, who has steered Linwood to four straight premierships (2016-19) from the sidelines, is on track to play in a grand final for the first time in more than a decade after lining up for the Keas at five-eighth.

The Panthers will get a second bite at the grand final cherry next week against the Hornets, who needed extra-time to eliminate the Northern Bulldogs 28-22 in the minor semi-final at Halswell Domain.

The teams were locked 12-all at halftime and 22-all when the whistle went at 80 minutes.

But it was the Hornets who came up with the decisive play in the extra-time pressure-cooker, with centre Nick Evans’ second try in the first half of the added period proving the match-winner.

The Walter Wilson-coached Halswell side is vying for their first grand final appearance since winning the 2014 title – but preliminary final opponents Hornby can take the psychological edge after their 64-12 landslide final-round win when the neighbouring teams last met.

In the Canterbury Cup premiers reserves semi-finals, table-topping Marist Saints-Papanui outlasted Northern Bulldogs 20-12 to seal their Grand Final spot and the Hornets defeated the Panthers 32-16 in the elimination semi.