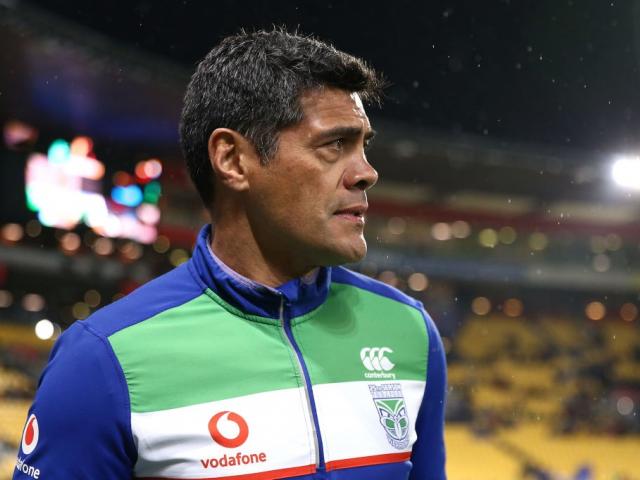 Stephen Kearney. Photo: Getty Images
The Warriors' plans to fly into Australia in time for the start of NRL pre-season training has been quashed, putting the league's May 28 resumption date in serious doubt.

A frustrated George told the New Zealand Herald earlier in the week that the club was seeking urgent clarification on a number of issues, including travel restriction, self-isolation plans and question about families of players.

The Sydney Morning Herald reports that the Warriors pushed hard for answers around several issues about the resumption of the season and some progress was made.

However, the Warriors are reportedly not expected to travel to Australia until meeting the NRL again on Monday, which is when the New Zealand Government makes further announcements about travel restrictions and lockdown measures.

The Warriors' delayed departure puts the NRL's targeted restart date of May 28 in doubt, with all 16 NRL clubs slated to start pre-season training on May 4.

If the Warriors miss out on pre-season training, due to their delayed arrival and forced self-isolation measures, they could be handed a serious blow to their season after already struggling in their first two weeks before it was suspended.

"We want the Warriors to be part of the 2020 season and we are doing everything we can to not only make that happen but provide the support they need at a family level," ARLC chairman Peter V'landys told the Sydney Morning Herald.

"It's important to understand that our aim to restart the competition on May 28 is still six weeks away.

"We're not proposing to start the competition next week.

"Accordingly we have ample time to analyse the data and ensure the infection rate is at such a low level there is minimal risk to our players or the community.

"It also gives us time to make all the necessary arrangements for the Warriors."

Meanwhile, Kearney put further doubt into his side's involvement in the resumption of the league, saying he couldn't guarantee if every Warriors player will be willing to upend their life and leave their family behind to be based in Australia.

Committing to the NRL's proposed season on Australian soil could see players spend up to six months offshore away from their families and loved ones during what is already a stressful time.

Kearney said the ability to accommodate families in Australia during the NRL season is the biggest question among many of his players.

"For the players, it's really important," Kearney told AAP.

"There's not a CEO in the world at the moment who will expect his employees to spend five months overseas, away from their families in the current climate.

"They've all been really good up until now but the reality of the situation is that I can't give them any information about what they're going into. We're trying to keep their spirits up."

Kearney said he and his coaching staff planned on checking in on players and assess the situation.

"I know we're not the only ones who are inconvenienced in the competition but it's a pretty significant one in terms of being three hours in a plane away from families," Kearney said.

"And if something happens to a family member back here, you can't get back and see them straight away. It's something for everyone to think about."