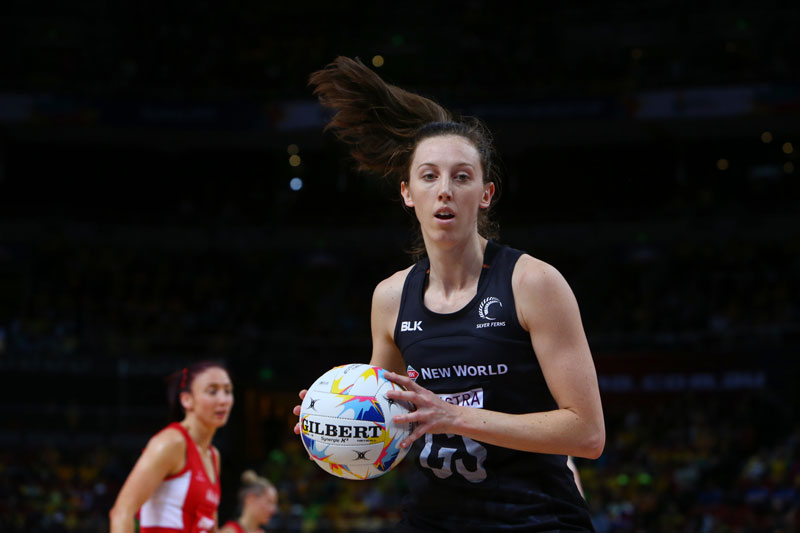 Mes is still struggling with a knee injury and won't be available for the Northern Mystics when the competition resumes on June 19th.

Mes injured her patella cartilage during the Nations Cup in Britain in January and has been sidelined since.

She underwent surgery on May 1 during Level 3 Covid-19 lockdown, and has since started her rehabilitation, but won't be ready in time for the Premiership.

2019 Hamilton under-19 representative Asher Grapes, has been elevated from training partner to a full-time member of the Northern Mystics and will replace Mes in the shooting circle.

The 19-year-old shooter has been offered a full contract with the Mystics for the duration of the 2020 ANZ Premiership. Grapes has already been working alongside the Mystics having been called into the squad as a training partner earlier this year.

Mystics head coach Helene Wilson said they were pleased to be able to offer this opportunity to Grapes who she describes as a hard trainer with a great work ethic and her elevation to the team is reward for her hard work.

"We were personally gutted for Bailey to hear her injury from the Nations Cup tour was season ending, but we are confident she will be back next season as strong as ever," she said.

"Every injury provides a team an opportunity to grow another player, and we are lucky enough to have a team culture that encourages and supports that philosophy. We have both Saviour Tui and Asher Grapes ready to step up and take the court, and they will have Bailey's expertise to support them which is really exciting."

Grapes, who originates from Hawke's Bay Netball, can play goal attack, wing attack and centre. She was chosen as a Pathway to Podium athlete in 2019 and is currently eligible for the New Zealand U21 team.

The Northern Mystics finished bottom of the table last year with just 4 wins from their 15 games.

The beat the Northern Stars in the first round of the 2020 season in March.