CGHS wins SuperNet for the first time in 16 years 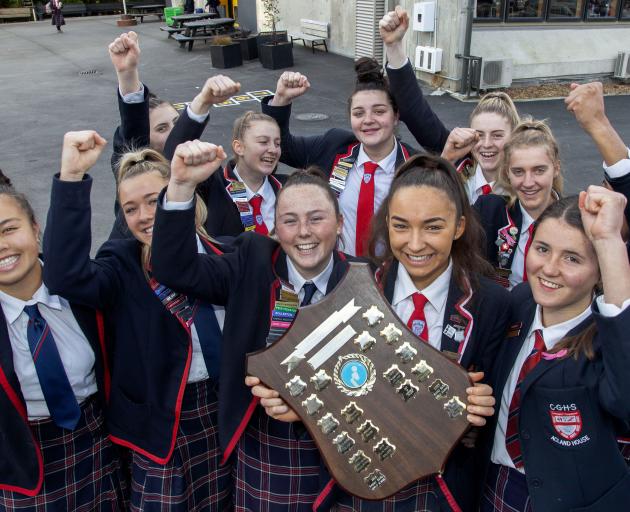 The team beat St Margaret’s College 33-29 in the final at Pioneer Stadium.

The win capped a great season for the team.

CGHS also play in the Christchurch Netball Centre club competition in the senior reserve grade and swiftly tore their way through the ranks to be promoted to the premier 2grade.

CGHS head of sport Robin Brown said the season has been “very good.”

“The team have taken the movement from senior 1 and playing outside, to premier 2 in their stride,” she said.

Last week, the team faced off against St Nicholas in the semi-final of the premier 2 competition, and scraped by with a one-goal win, beating St Nicholas 41-40.

The girls will take on Technical B in the final tonight at Pioneer Stadium at 6.30pm, and it is set to be a tough battle.

Technical B will go into the final as firm favourites, after playing the final round of the competition unbeaten, with a dominant 25-goal win against the school team the last time they faced off.

The winner of the final will be promoted to premier 1 next season, and CGHS has not had a team play in the top grade since about 2003.

The team has six year 13 players, and Mrs Brown said losing their experience will impact the team next season, but there are promising young players in the junior teams.

The team is set to put on a strong showing at the South Island Secondary Schools netball competition next month, sitting at third place from last year’s tournament.

“The success the team have had will definitely put them in good stead for South Islands. Having two consecutive nights of strong netball competition – club and SuperNet, also helps for tournament play. The team have great confidence and belief,”Mrs Brown said.