Netball Mainland is going out of business and Netball South is cutting salaries.

Netball Mainland confirmed on Saturday it could no longer continue trading and had recommended to its members it be placed in voluntary liquidation.

Netball Mainland is one of five zones managing the game around the country. It is responsible for the upper South Island.

The Christchurch-based Tactix, who play in the ANZ Premiership, also come under the umbrella of Netball Mainland.

Netball New Zealand announced it would enter into discussions with stakeholders of the Tactix and retain the services of head coach Marianne Delaney-Hoshek and the players.

It would work with the Netball Mainland board to ensure community netball can continue.

NNZ chief executive Jennie Wyllie said the liquidation of the Netball Mainland Zone showed just what a significant financial impact Covid-19 was having on all businesses in New Zealand.

“Our hearts go out to the Mainland board and their staff," she said.

"NNZ will now work through a process of how the ongoing management and servicing of the game will work.

"These are challenging times and businesses are having to re-think their structures for both now and the future.

"We know our Netball Centres are well placed to maintain our community game and we will be working with them to ensure the future of local netball," Wyllie said.

Netball South’s position is not as tenuous. It received some crucial funding prior to the country entering lockdown.

However, it is having to make scything cuts to its budget in order to survive, chief executive Lana Winders said.

"I think we are very much the same as any other sporting organisation in New Zealand," Winders said.

"We’re taking stock of the impact on our revenue and looking for ways to address that from an expenses perspective.

"Just recently we’ve put a stake in the ground in respect of the lockdown and how that was affecting our business.

"The assessment at that point told us we would be in a position to continue to employ our staff with some reduction in salaries, at least for the period that the Government subsidy applies which is the next 12 weeks. Thereafter, we will be looking to review it."

Netball South reported a surplus of $49,000 for the 2019 financial year and $20,000 for the previous period. But it has a negative equity position overall and Winders said it was too early to say whether it would survive the economic crisis brought on by the pandemic.

"All I can say is we are very fortunate to have ... financial support immediately before the lockdown and that has held us in really good stead."

Mainland Netball’s decision is subject to a ratification meeting early next month. But the membership has accepted its dire financial position.

Netball Mainland spokesman Darren Wright it had been placed under unprecedented financial pressure.

"It was a very difficult decision for Netball Mainland but after undertaking a thorough review of its financial position and, regrettably, with there being no certainty as to when both community and high performance games will resume, the difficult decision has been made to liquidate.

“Before making this decision, Netball Mainland explored a number of potential alternatives, including Netball New Zealand.

"But none were able to help in the current environment. While understanding the position of Netball New Zealand, we are extremely disappointed to have to make this call, particularly with this being such devastating news for our centres, staff and team.” 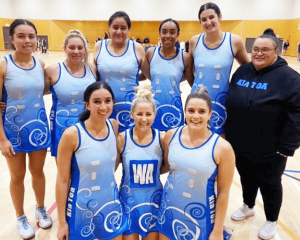 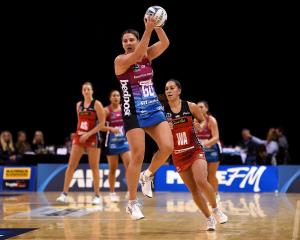