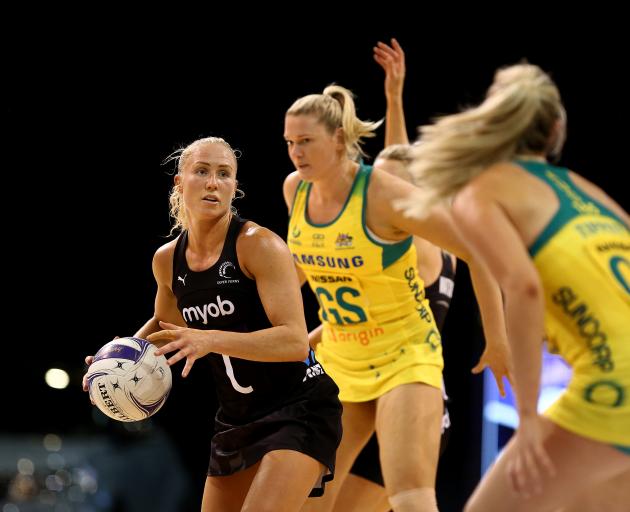 The Silver Ferns have picked up where they left off.

Backing up their Netball World Cup victory, the Ferns took out the first test of the Constellation Cup over the Australian Diamonds with a 53-52 win in front of a sold-out Christchurch crowd.

The Ferns are now on track to claim the series title for the first time since 2012.
Three tests remain in the series though - two of which will take place on Australian soil - but having started their first win streak over the Diamonds since 2015, the Ferns look as confident as ever.

Despite coming off second best in the third quarter by a hefty six goals, the Silver Ferns hit back with composure to reassert their dominance in the final stanza – a fight star shooter Ameliaranne Ekenasio was pleased to see.

"We have a wicked connection out there on court with the team and the girls and we're working so hard, that just gets me going, the fact that we're working for and with each other," she said.

"It was interesting to get back out there tonight, World Cup feels like yesterday but it kind of felt like a lifetime ago ... We're finding those connections again and hopefully, they'll be even stronger come the next game."

Ekenasio, who was named player of the match, played an influential part in the Ferns attacking unit's success in the opening quarter.

With a dominant and cohesive performance, Ekenasio and shooting partner Maria Folau didn't seem to lack in confidence under the post even under the pressure of defenders Jo Weston and Sarah Klau.
A few sluggish errors from the Australian side in the second quarter saw the Ferns stretch their lead out to as much as six goals.

But a second wind from the Aussies hit New Zealand off-guard to set the match back to a goal-for-goal contest.

The Diamonds took control as the Ferns looked to fall into their old habits before the introduction of Karin Burger in the final 15 minutes saw the match swing once again in favour of the New Zealand side.

With so much pride on the line, both sides battled it out but it was the Ferns who remained composed once again when it mattered most, claiming a thrilling one-goal win.

The teams have only two days rest before the next test in Auckland, before they will travel across the ditch for the final two games in Syndey and Perth.