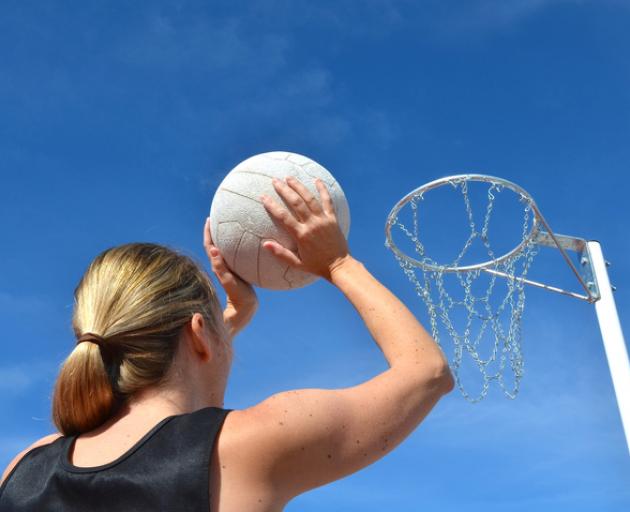 Photo: Getty Images
The survival of sport at all levels this year could come down to parents digging deeper into their pockets, says an accountant.

Dr Carolyn Cordery has been pouring over the books of New Zealand sporting organisations and by her calculations some will only last six months on the money they have in the bank.

However, a willingness by parents and social members to pay more to play than they have in previous seasons could help soften the blow to sports' financial reserves from Covid-19, she said.

The Victoria University of Wellington associate professor's research focuses on not-for-profit organisations' accounting and accountability, including charities and sports clubs.

Her previous research covered the financials of football, golf, rugby, hockey and netball in New Zealand but it is other sports that could feel the financial impact of the coronavirus first.

"Depending on the lockdown level as each sport's season comes in, the ability of individuals and families to continue paying membership to their local club and for national affiliation is in doubt due to the economic hit on people's jobs, and of course people may not want to play particularly team sports that have contact."

Generally, non-profit sports clubs live a fairly season-to-season existence and Dr Cordery said the ability of these clubs to develop reserves to enable them to withstand financial shocks is very limited.

"They try to keep costs low so that they can keep membership fees low, but they fail to 'sell the benefits' well to those who participate," she said.

"For example, you have children paying $50 to $60 for a season of 18 to 20 football games, a shirt and a photo and often the parents stand on the sideline drinking takeaway latte and then take the kids for a takeout lunch. The clubs don't want, in effect, to charge more than $3 for a game but the parents do have discretionary income and perhaps do not think too much about the value that they could add to the club if the fees went up."

When social team sport is allowed again, Dr Cordery said any raise in fees would help those clubs at the bottom of the chain and could keep funds ticking over a little longer at the regional and national offices of sporting organisations too.

"It's really important for the national organisations to get through for the sports to survive, but without membership income it will be hard."

Netball Mainland was an early casualty of New Zealand's coronavirus lockdown when the zone was put in liquidation in April, citing "unprecedented financial pressure" brought about by Covid-19.

The financial woes of the zone, which governed netball in Canterbury and the upper South Island, were long-standing and had previously led to a review of the organisation by Netball New Zealand.

But with an uncertain timeline about when community and high performance sport would resume this year, the zone's board decided it could not carry on.

Netball New Zealand had a backstop of $3.4 million of reserves at the end of the 2019 financial year and said it was working with the other zones and centres to prevent more folding.

However, if no netball was played this year the governing body said the entire pool of revenue in the netball system would drop from $47 million to an estimated $24 million.

Netball was not the only sport with players or front office staff reducing pay packets to keep the sport afloat at all levels.

Waikato Bay of Plenty Football (WaiBOP) received the government wage subsidy but chief executive Karyn Walters still had to ask staff to drop down to a four-day working week from the beginning of May.

They will potentially keep working this way until club football is forecast to return in mid-June.

"It was a difficult decision in many respects, but the decision was made to support staff and for our organisation to be in the best financially sustainable position to resume activities across our region when we are able to," Walters said.

Before Walters took on the top job at the Federation in 2018, she was the competitions and finance manager so she knows what it takes to run the business side of the organisation that oversees nearly 60 clubs.

Coming into 2020 Walters said WaiBOP was in a financially stable position but now she is having to look at financial forecasts to anticipate areas that have been particularly impacted by Covid-19 and the delay in the season getting started.

For example, Gymsports received just over half of its income from its 32,000 strong membership and education.

"Taking out international events, and focusing on just covering staff costs, Gymsports has around six months of reserves - that is, they could last without any revenue for only that long," Dr Cordery said.

"This shows that with a fresh economic shock, sports facilities even for non-contact sports, are likely to struggle".