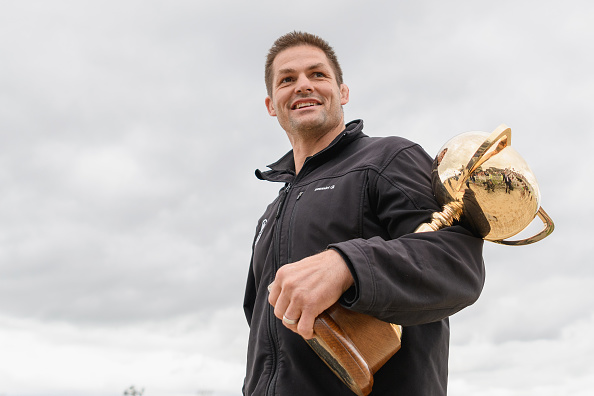 Richie McCaw delivers the New Zealand Trotting Cup. Photo: Getty
All Blacks legend Richie McCaw gave two World War 2 veterans a lift to Addington Raceway today in his helicopter - dropping them off in front of thousands of racegoers who turned out for the biggest day on Canterbury's social calendar.

Starved of outings during a Covid-19-disrupted year, 12,000 people flocked to the sold-out Cup Day races in Christchurch.

A maximum of 12,000 tickets – a smaller than usual crowd to give people more room – has been sold.

The glammed-up harness racing crowd had cool temperatures of around 15 deg C.

The main showpiece of the day's horse racing card is the $540,000 New Zealand Trotting Cup which is expected to start at 5.34pm.

At 1.02pm, the cup arrived by helicopter, piloted by Rugby World Cup winning captain McCaw, with two special guests on board. 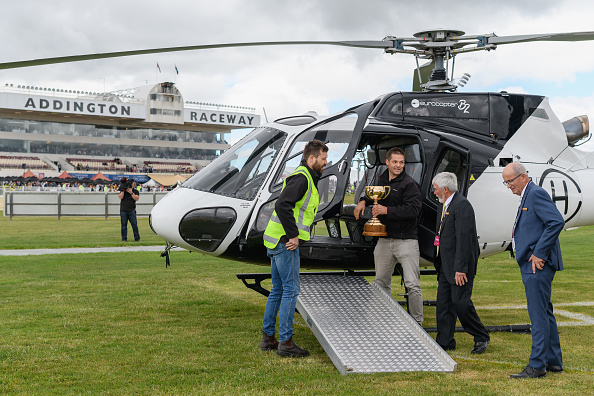 Harton, who spent five years in the Navy and recently returned to the 70th Anniversary of the D-Day Landings in Normandy where he served in 1944, will also be joined by fellow centurion Jack Marshall.

Christchurch's Marshall, an RNZAF air gunner, was involved in many acts of bravery and was awarded the Distinguished Flying Cross (DFC). On his first tour, he survived a ditching in the North Sea for 16 hours due to the loss of port engine from enemy fire and on his second tour survived two airfield crashes due to pilot error.

They got a hero's welcome when they touch down in front of the large crowd.

Dance duo Sweet Mix Kids will play on various stages throughout the day while singer Hayley Westenra will perform the national anthem before the big race. 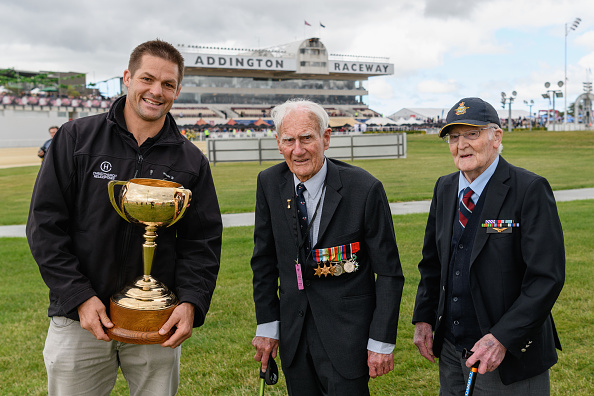 Police are asking people to look out for each other throughout the day.

Senior Sergeant Phil Newton said there will be experienced staff at the gates to ensure no one enters the event intoxicated.

He said those consuming alcohol should have plenty of food and water - that way they can last the distance - just like the horses. 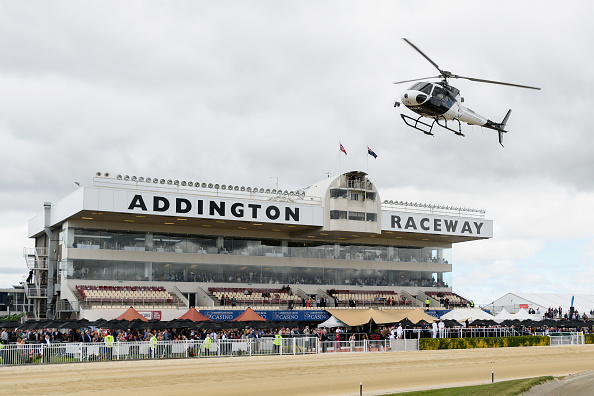 Photo: Getty
The event will also give a much-needed boost for the city's hospitality sector.

Director of the Pedal Pusher Bar in Addington, Prateek Rana says the day should bring plenty of patrons after a challenging year with Covid-19.

Rana says the pandemic has dampened business in 2020 with a tonne of cancellations at both Horncastle Arena and the rugby stadium.