Crusaders duo Scott Barrett and Sam Whitelock will start in the locking department for the All Blacks first test against the Springboks at Mbombela Stadium this weekend.

Brodie Retallick is unavailable due to injury, while Tupou Vaa'i will look to make his impact late if called upon for the clash on Sunday morning (NZ time).

Caleb Clarke will return for the All Blacks, taking his place on the wing for the first test.

For their first test in South Africa since 2018, the All Blacks have named a few surprises in the team. 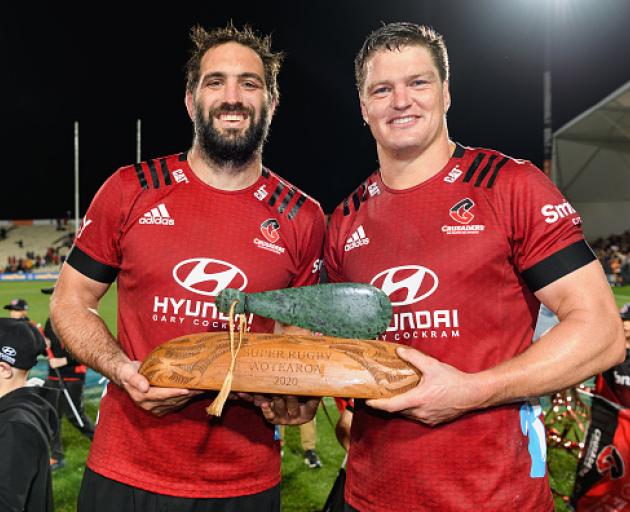 Sam Whitelock and Scott Barrett. Photo: Getty Images
Samisoni Taukei'aho, in his 12th test, will make just his second start at the top level, while Angus Ta'avao takes on the starting tighthead prop role in the absense of Nepo Laulala. George Bower, the best of the team's props in the Ireland series, retains his place as the first-choice loosehead. Tyrel Lomax and Ethan de Groot - neither of whom were selected in the squad for the Ireland series - will provide cover from the bench.

The back row is a predictable one, with Akira Ioane, Sam Cane and Ardie Savea retaining their roles, while Aaron Smith and Beauden Barrett hold down the No 9 and 10 jerseys.

Will Jordan and Clarke provide speed and flair on the wings, outside Rieko Ioane and David Havili in the midfield, and Jordie Barrett at fullback.

"What a great way to start this year's Rugby Championship. It's always an exciting tournament to be part of," All Blacks head coach Ian Foster said. "This year's draw means we have a massive challenge of two games here in the South Africa.

"We have settled in well in Mbombela and are preparing for what is always an intense game against our old foe.

"Many of our squad are here in South Africa for the first time. This gives us another opportunity to add new experiences and grow our game." 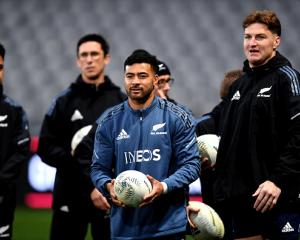 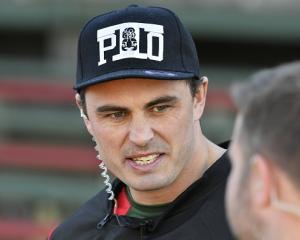