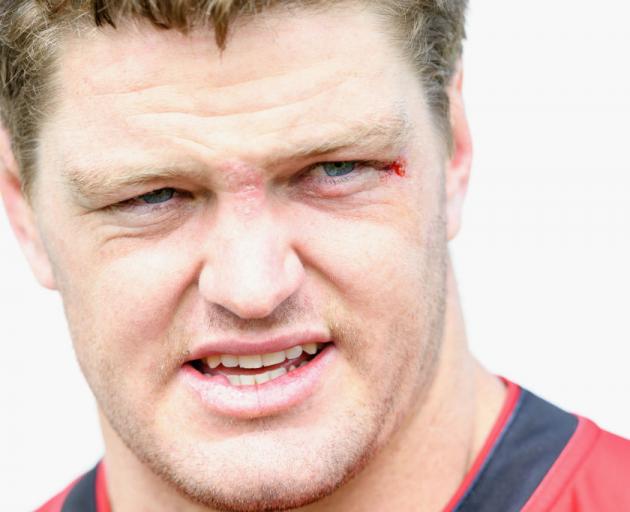 Barrett, 26, has committed to a long-term deal through to 2023 with the All Blacks, Crusaders and Taranaki, and said last year's heartbreaking semi-final defeat in Japan helped make it an easy decision.

"For me obviously being at the World Cup last year and not getting the result that I wanted personally, as well as what the All Blacks wanted, was a big driver behind the decision to stay in New Zealand," said Barrett.

"I want another crack at the next World Cup and have a target to aim towards.

"Hopefully we can put last year's disappointment into a potential World Cup win."

Barrett's decision was a welcome boost for new coach Ian Foster, who has inherited an All Blacks team in transition, with several veteran players having moved on or retired following last year's tournament.

Depth at lock is a concern as Sam Whitelock is approaching the end of his career, while Brodie Retallick is unavailable until late 2021 having signed a contract allowing him a two-year playing sabbatical in Japan. 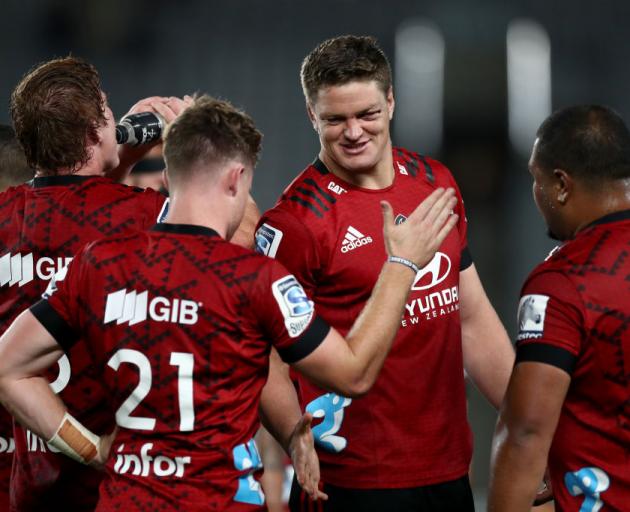 Scott Barrett after the Crusaders beat the Blues at Eden Park on February 14. Photo: Getty Images
Barrett and Blues captain Patrick Tuipulotu are the only other locks playing top-class rugby within New Zealand with any test experience.

Barrett also confirmed he won't skip Super Rugby and follow the trail blazed by Whitelock and Retallick, as his contract doesn't include a sabbatical.

"I would like to put my hand up and take charge of the second row in the All Blacks and that is certainly a big challenge,'' Barrett said.

"It is something that excites me, to be able to potentially lead a pack at All Black level. And run the lineouts.''

Barrett returned to training for the Crusaders on Monday as they prepared for the launch of a 10-week domestic competition involving New Zealand's Super Rugby teams on June 13.

"There's a lot of energy around the camp, the boys are fizzing," said Barrett. "There is still quite a bit of pre-season before we start, over lockdown we trained pretty hard and ran well in the Bronco [fitness] test yesterday. We're still training in bubbles which is not normal, like a lot of workplaces I guess.

"There's been a lot of talk about the derbies being tough and physical and demanding but its bloody exciting for the New Zealand public and for us players too. It's what the rugby public want. There's going to be some awesome rugby on display."

Barrett took over the captaincy at the Crusaders from Whitelock this year and led them to the top of the New Zealand conference when the competition was suspended after seven rounds due to the Covid-19 pandemic.