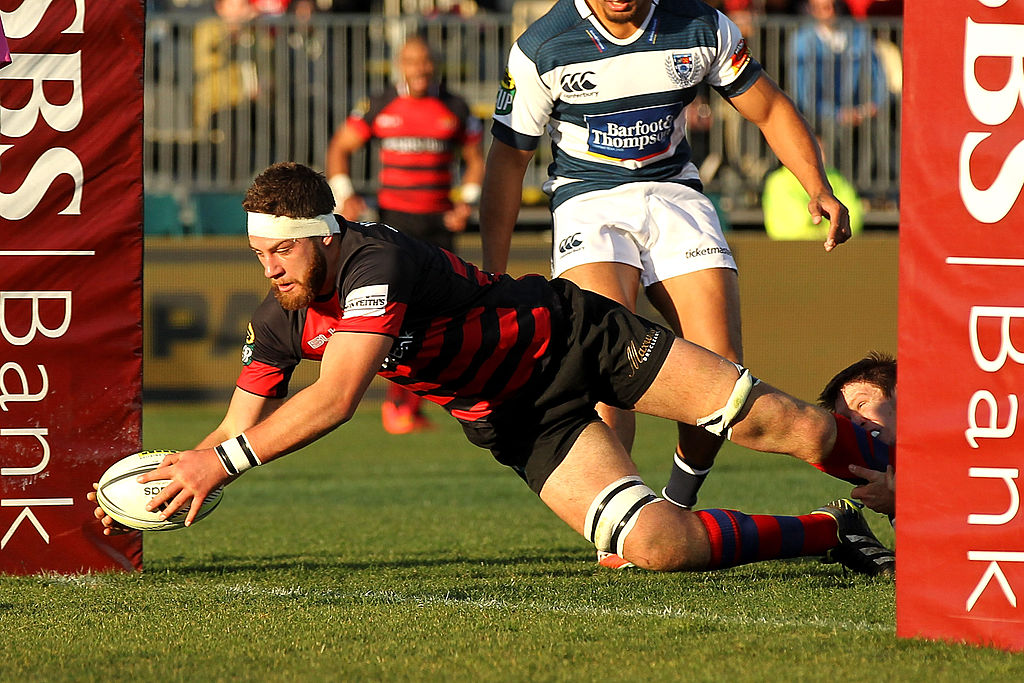 Joel Everson dives over to score for Canterbury against Auckland during an ITM Cup match in Christchurch in 2014. Photo: Getty Images
The Japan Top League has been suspended for three weeks following the reported arrest of a former Canterbury player on suspicion of using cocaine.

Hino Red Dolphins forward Joel Everson, who previously played for the Canterbury and Southland provincial sides, was arrested after police saw him walking and behaving in an unusual manner about 4.30am on Wednesday in the central Tokyo district Roppongi, the Japan Times reported.

Police made Everson - who hasn't played in any of the Red Dolphins six games this season - give a urine sample, after he initially refused, the Times said.

He was found to have taken cocaine, the newspaper reported.

The Japan Rugby Football Union and Top League have since decided to suspend the entire next three rounds of the competition to carry out a full investigation.

This comes after a two-week break the Top League as a precaution over the coronavirus outbreak.

"We sincerely apologise to all rugby fans across Japan for the disappointment," an official statement said.

"The fact that there have been arrests for illegal drug use across multiple teams is not only a Top League problem, but also a major problem shaking the existence of the Japanese rugby world, and it is considered an emergency.

"We have worked together with all the Top League teams to prevent recurrence, including assigning integrity officers to each team, but we have to say that was insufficient.

"Rugby competition consists of five core values: dignity, passion, unity, discipline, and respect. If any one of these is missing, it's not rugby.

"This incident conflicts with most of the core values and in order to become a league worthy of the name of Japan's peak, we will again pursue improvement in each team's integrity before we resume Top League 2020."

In a statement on their website, the Hino Red Dolphins wrote its "apologies for scandals by our members".

They would "cooperate fully with the police investigation", the club wrote.