Crusaders' advantage heading into their first game of season 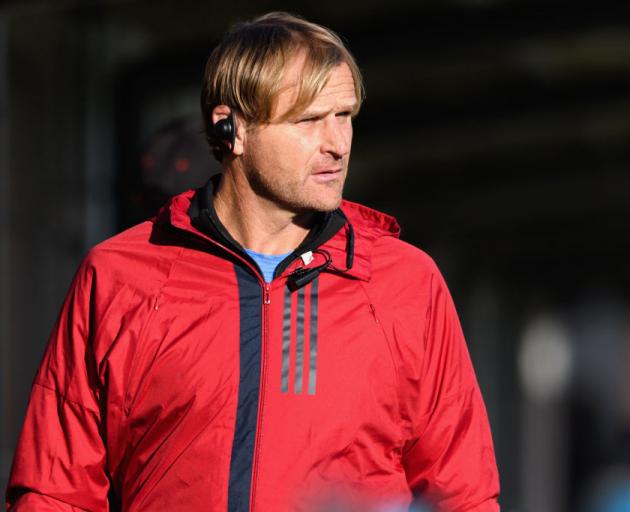 Scott Robertson. Photo: Getty Images
Crusaders coach Scott Robertson believes his side will have a slight advantage heading into their first game of Super Rugby Aotearoa on Sunday against the Hurricanes.

The three-time defending Super Rugby champions had a bye on the first weekend of the rejigged competition, which allowed the team to observe the interpretation of the new rules – particularly at the breakdown – and put them into practice in training.

Robertson said they were fortunate to observe how the other teams reacted to the new rules and how it played out on the field.

"When we saw the draw we just made the best of it. There's going to be a little bit of an adjustment - you've got to adapt and learn as you go.

"We're fortunate to have a good look at it but it's rugby - some of those penalties aren't avoidable. People just get caught in the wrong position. Our guys will do the best we can."

There were close to 30 penalties in each of the two games last weekend, leading to more set pieces, which also plays to the Crusaders' strengths.

"We haven't seen that intensity for a while and were reasonably surprised," Robertson said. "And obviously the speed of the game. But we're just excited by how many lineouts there were. Because obviously there were penalties and a few kicks to the corner.

"It's a little bit of an adjustment to these interpretations around the breakdown so we get to have a look at it and we've been training for the last few weeks and we'll give it our best."

However, Robertson wasn't getting too carried away and was aware that having an extra week off also provides several challenges.

"There's an advantage in two ways. You learn by playing just as much as you can learn by watching. So we've got to make sure that we see the clear pictures that we were given. We know that they're going to be extremely tough and hard around the breakdown."

The Crusaders will be without captain Scott Barrett, who suffered a foot injury during a practice match in training.

Robertson wasn't sure about the extent of the injury but confirmed that the All Blacks lock hurt himself in a scrum and will be seeing a specialist.

But the 45-year-old coach was thankful for the depth at his disposal, with the return of Sam Whitelock into the starting lineup after his shortened Japanese sabbatical, as well as David Havilli and Ethan Blackadder to bolster the bench after recovering from long-term injuries.

Robertson was looking forward to getting back to business against a Hurricanes side looking to bounce back after an opening-round loss to the Blues.

"The Hurricanes are always extremely brutal matches," he said. "We know the ferocity and the love we have between the two teams. They're desperate straight away, aren't they, after a loss.

"It's a short, sharp sprint this and it just shows that the teams are winning at home. Your home games are really important and to win away is a big task. So they'll be protecting their patch and we're excited to get up there."

The Crusaders take on the Hurricanes in Wellington on Sunday at 3.35pm.