Crusaders and other NZ sides set for June kick-off 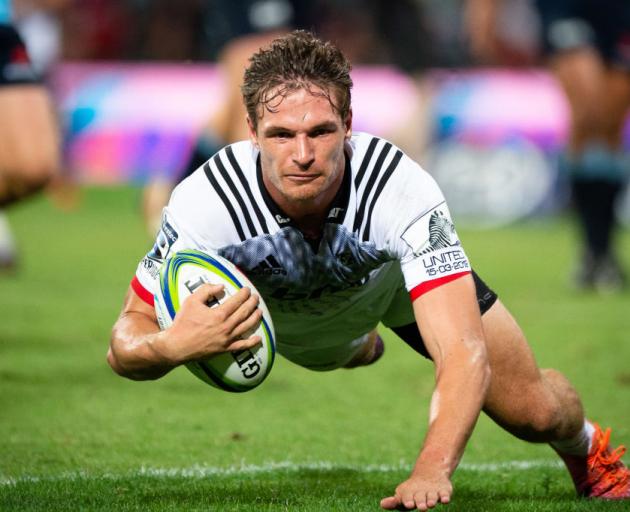 Today's news follows the Government's announcement on Thursday that professional rugby and netball could resume at alert level 2.

The competition will see the five Super Rugby clubs playing each other home and away over 10 weeks, with two matches every weekend at 5.05pm on Saturdays and 3.05pm on Sundays. Matches will be played in closed stadiums until the Government advises an approach to managing mass gatherings in controlled venues that will allow fans to return.

The schedule for the competition has also been announced today.

In the opening weekend, the Crusaders have a bye, the Highlanders will play the Chiefs in Dunedin on Saturday, June 13, and the Blues play the Hurricanes in Auckland the following day. All matches will be played live on Sky Sport.

NZR chief executive Mark Robinson said he was delighted for fans that they would have top-quality rugby on their screens in just over a month.

"The thought of five world-class Kiwi teams battling it out in 20 matches over 10 weeks should put a smile back on the faces of many people. I know our players are excited and I'm sure rugby fans will be as well," he said.

Robinson said they always knew they had to take the Government's lead on when it was safe for rugby to return, and now it was critical the sport did everything to mitigate the further spread of Covid-19.

"Medical and operational staff across NZR, the Players' Association and the clubs have been working together to ensure we have detailed plans in place to protect the health and safety of everyone involved," he said.

NZR medical manager Karen Rasmussen said a set of protocols for playing professional rugby at level 2 had been developed and will be endorsed by the Government.

She said the protocols include daily symptom and temperature checks for players, team management and other officials involved in the competition, as well as stringent hygiene and cleaning, contact tracing practices, and asking anyone who feels unwell to stay away, self-isolate and get tested.

"A major factor will be ensuring we control who enters the team bubbles and that we have necessary measures in place to mitigate against any risk to the health of all team members, as well as the health of their families and the wider community," said Rasmussen.

"Team members will be asked to minimise their contacts outside of the team environment and their family bubbles."

The teams will also fly in and out on match days by charter flights, with the earlier kick off times allowing teams time to return to their home base after the games.

Mitre 10 Cup to start in September

As a result of the confirmation of the start of Super Rugby Aotearoa, NZR has now confirmed a start time for this year's Mitre 10 Cup.

"With the support of the Provincial Unions, we have been able to schedule a full 14 team Mitre 10 Cup Premiership and Championship competition with kick off on 11 September," said Robinson.

An amended Mitre 10 Cup draw will be released in due course.

NZR is continuing to look at options for this year's Farah Palmer Cup and for the Black Ferns matches as the country builds up to Rugby World Cup 2021.