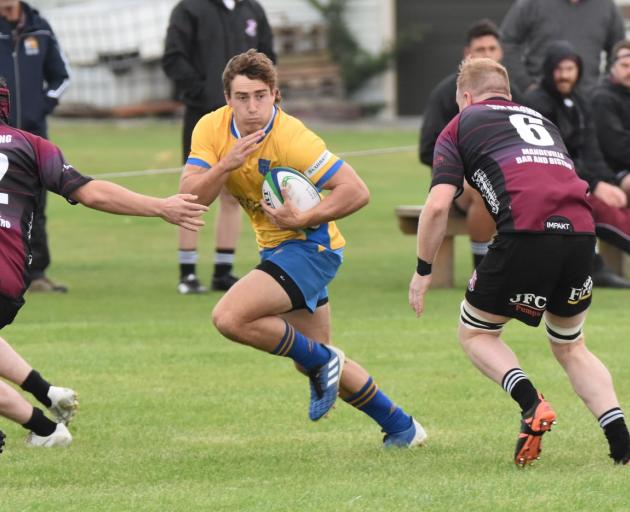 Josh McKay eyes a gap against Ohoka during his senior rugby debut for Kaiapoi. Photo: Shane Whitaker Sports Photography
It took nine years but Crusaders outside back Josh McKay has finally fulfilled one of his childhood dreams, earning his first senior rugby cap for Kaiapoi.

Having long been immersed in the professional rugby system, Super Rugby and provincial commitments meant club rugby fixtures have been a rarity for the 24-year-old.

However, last Saturday’s Luisetti Seeds Combined Division One season opener against Ohoka proved to be one of the most memorable games of his career, and not just because Kaiapoi cruised to a 31-12 victory on home turf.

McKay, who will also play against Oxford on Saturday, was rapt to be presented with his club tie by coaches Simon Gunn and Matt Newton - former teammates of his father Doug who also played senior rugby for Kaiapoi.

“It was definitely one of the most memorable games of my career. Heading up onto the stage and seeing the memorial to grandad there too, having the family there that day is one I’ll never forget,” he said. 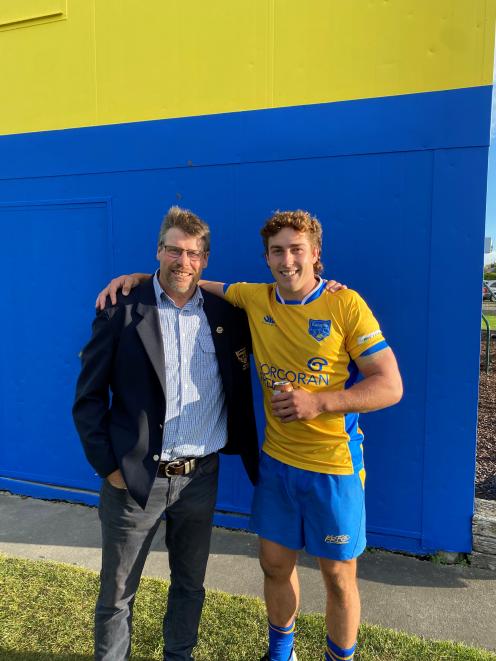 Josh McKay and his dad Doug. Photo: Shane Whitaker Sports Photography
Growing up close to Kaiapoi’s rugby headquarters, McKay used to scale the back fence on a daily basis, sprint down the touchlines, throw in a right foot step to bamboozle a non-existent defender, and then dot down in the corner. He’d visualise scoring the match-winner for the gold and blues.

Sometimes McKay would slip into the changing rooms and sit in the same seat his dad did more than 200 times for the club.

“I played all my junior rugby there and all I ever wanted to do was be like dad and play senior rugby for Kaiapoi,” said McKay, who will join the Glasgow Warriors in Scotland after the NPC.

“When I got to high school, I’d play for Christchurch Boys' High in the morning and then race back out to Kaiapoi to make the second half of those games in the afternoon.

“I just loved playing for Kaiapoi but once I got a little older it was seen that if I wanted to become a professional rugby player, I needed to play in town.

“I hope there’s a way that it might change in the future and a pathway be recognised for players to still go onto higher honours while still contributing to country rugby.

“I’m just lucky things have changed a bit for this season. I’m really stoked to be able to go back out and play there.”