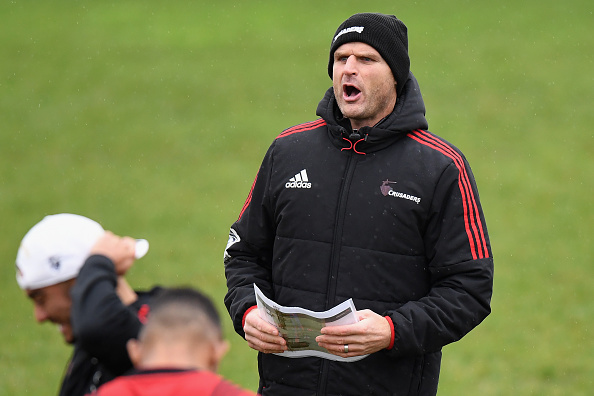 Scott Robertson. Photo: Getty Images
Crusaders coach Scott Robertson admits the latest string of injuries to hit his side could prove to be a challenge tomorrow night.

The Crusaders, who sit comfortably atop the Super Rugby Aotearoa ladder, will be without Braydon Ennor for Saturday's clash against the Hurricanes after the midfielder injured his foot in their win over the Blues two weeks ago.

Robertson lamented those losses, especially utility back Havili, but was also excited to give opportunities to others, with the versatile Fetuli Paea given his first chance to start alongside Jack Goodhue in the midfield.

"With David out not being able to cover 10 and 12, it's huge," Robertson said. "It makes it quite challenging but exciting in the same note because you give other guys opportunities. And every time we've given someone one this year, they've taken it.

"Fetuli's taken his opportunities when he's been given them. Got a lot of faith with him at 13 with Jack so hopefully the combination [works well]. He's been there training for quite a while during the season and now's his chance."

Robertson was ultimately looking at the bright side of things despite the injuries, in what is a squad still packed with talent across the board.

"[The injuries] would be concerning if we had 10 games left or so. But it's quite interesting because you look at it and the depth of our squad, every time someone's got an opportunity they've taken it. And then they haven't really given that jersey away. 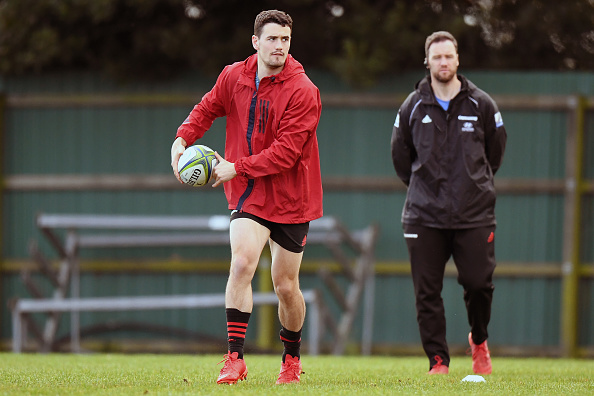 Will Jordan at training. Photo: Getty Images
Another player to get the call-up is Will Jordan – one of the players of the season before being dropped for Havili against the Blues – who returns to the starting line-up to go head-to-head against in-form Hurricanes fullback Jordie Barrett.

"It's a great match-up really with Jordie who's come back and been huge for them," Robertson said. "Will's been incredible for us - hell of a match-up; two incredible athletes with the 15 jersey on."

"Just go play, son. Go back yourself," he added in a message directed at Jordan. "He's obviously highly competent under the high ball, he's got a great kicking game and just gets better the more games he plays. Now is the opportunity, unfortunately for Dave who's out, now it's Will's jersey."

One Hurricanes player on Robertson's radar is Ngani Laumape, who is coming off a sensational performance against the Blues last week where he outclassed All Blacks superstar Beauden Barrett on multiple occasions and inspired his side to a win against the Auckland franchise.

"Ngani was on, wasn't he? He was at his best and it's great to see. He carried a lot of the Hurricanes and they followed him when he got rolling. Our midfield understands the challenge ahead."

The Crusaders are currently five points clear of second-placed Blues at the top with a game in hand, and could even mathematically clinch the title as early as next week.

However, the ever-focused Robertson was determined not be complacent despite their position in the ladder.

"We're looking at it probably a bit differently than how many points we need. Obviously there's a lot on all these games – a lot of history and records. For us it's exciting. Each week feels like a final.

"Every team has got the ability to beat any team. If you just look at the results and how tight they've been in the last sort of 10/15/20 minutes. The Blues game a couple weeks ago was a good example of how close it is."

The Hurricanes will be without All Blacks hooker Dane Coles for the clash due to a back injury, with Asafo Aumua taking his place, while Wes Goosen comes in for Kobus van Wyk in the 14 jersey. 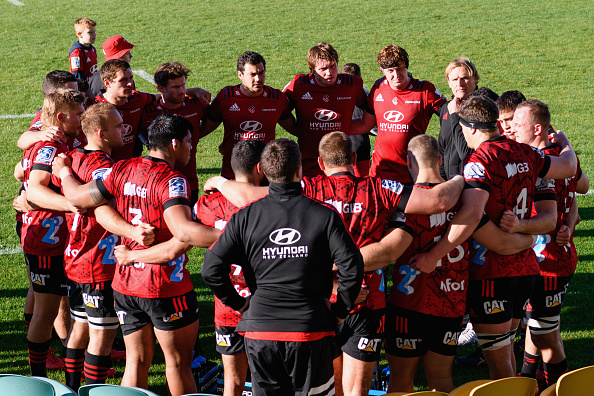