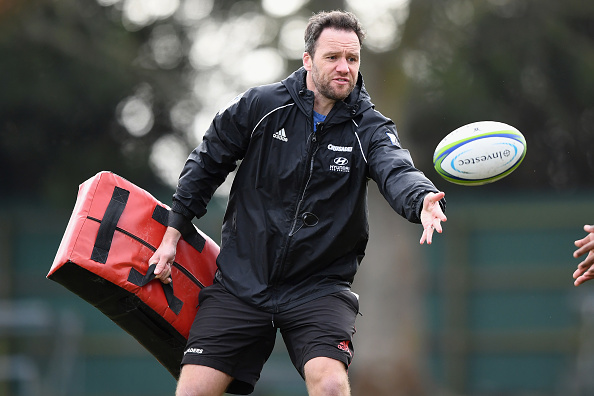 Mark Jones takes part in a drill during a Crusaders training session. Photo: Getty
The Crusaders have lost a second assistant coach in as many years after former Welsh wing Mark Jones opted to join the Worcester Warriors due to New Zealand's Covid-19 quarantine protocols.

Jones joined Canterbury and the Crusaders last season in the defence and position-specific player development roles, but returned home to Wales with his wife and two children following the conclusion of the Mitre 10 Cup campaign.

Jones followed in the footsteps of Irish first five-eighth Ronan O'Gara, who worked alongside Scott Robertson for the 2018-19 seasons before departing to French club La Rochelle, as a foreign coach to join the Crusaders.

"Once it became clear that I would not be able to go back to Canterbury because of the quarantine situation, things happened very quickly with Warriors," Jones told the Worcester Warriors website.

"I was made aware that [Worcester director of rugby] Alan Solomons was looking for someone to fill a key position in the coaching team and would I be interested.

"I came up, had a look around the facilities and had a chat with Alan about his thoughts for the project, to meet the coaching group and get a feel for the place." 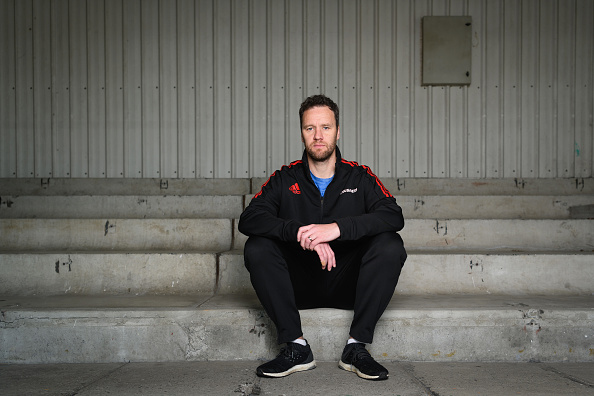 Jones joined Canterbury and the Crusaders last season in the defence and position-specific player development roles. Photo: Getty
Jones' departure leaves the defending champion Crusaders searching for a replacement on the eve of the Super Rugby Aotearoa season.

Finding an alternative could be difficult in that timeframe, given the challenges presented to foreign nationals wanting to enter New Zealand.

In a statement the Crusaders said they are working through options to Jones' portfolio, including a potential replacement, but no decision has been made as yet.

"I would like to thank Canterbury and the Crusaders for all their amazing support and understanding around my family situation and difficult circumstances on regaining entry to New Zealand," Jones said.

"Their support in this transition has been immense. Coaching there has been a terrific experience that we will look back on with great memories. We have made great friends for life.

"Special thanks go to the players and supporters in Christchurch for taking us into their family over the last year. Canterbury and Crusaders are two of the few organisations that actually exceed their exceptional reputations around the world." 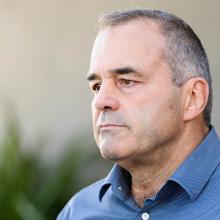 "Mark made a fantastic contribution to our club in 2020. He worked tirelessly across the Crusaders Super Rugby campaign, has built great relationships with staff and players alike, and was an integral part of our success this season.

"While we are sad to see him go, we understand the challenges brought about by COVID-19 and respect Mark's desire to return home with his family. On behalf of the Crusaders Board and wider organisation, we wish Mark, Helen and their two sons all the very best."

Crusaders coach Robertson echoed that sentiment: "Mark is a top man and has been a fantastic personality to have around our environment.

"In a short amount of time, he has added so much to our group with his character and extensive rugby knowledge. The Crusaders are better for his time with us this season and I wish him the best of luck in his new coaching role with Worcester."

"Mark brought not only an impressive skill set, making significant contributions to our team's on field performance, we thoroughly enjoyed having him around our people and our culture off the field." 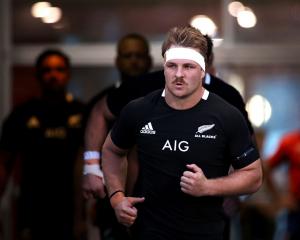