Foster set to be retained for South African tour 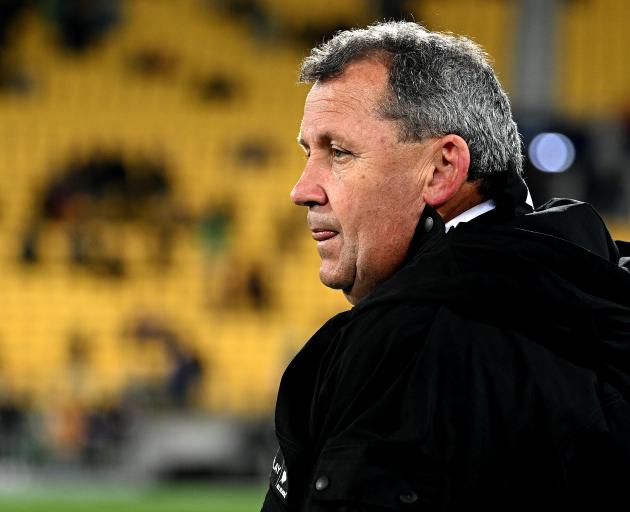 Ian Foster will stay on as All Blacks coach for the upcoming South African tour. Photo: Getty Images
Embattled head coach Ian Foster is expected to be retained for the All Blacks' upcoming tour of South Africa.

Foster and his coaching team have been under intense public pressure since the All Blacks lost to Ireland in Wellington last Saturday.

That fourth loss from the past five tests consigned the All Blacks to their first home series defeat in 27 years, sparking widespread calls for a coaching cleanout that would cost New Zealand Rugby well excess of $2 million in pay-outs.

While suggestions New Zealand Rugby would hold a pivotal board meeting on Wednesday were wide of the mark, sources have indicated that Foster is expected to be retained for the two-test tour of South Africa that starts on August 7.

With the All Blacks set to name their revamped Rugby Championship squad within the next few days and depart for South Africa next week, mass coaching changes threaten to further destabilise the playing group before confronting one of the toughest ventures in world rugby.

As the Herald reported on Monday, Joe Schmidt's selector/analyst position is likely to be broadened out to a much more influential role.

It remains to be seen how this may impact the established assistant coaches John Plumtree, Brad Mooar, Scott McLeod and Greg Feek.

After the All Blacks finished last year's northern tour with successive defeats the NZ Rugby board is understood to have conveyed the importance of seeing results from the first five tests of this season, leaving Foster and his coaching staff facing a potentially make or break trip to the Republic.

Expanding Schmidt's role will inject fresh ideas but it is unlikely to appease those demanding significant change or quell public scrutiny on the All Blacks as they attempt to find swift solutions to their form slump that's seen the team drop to fourth in the world rankings for the first time since they were introduced in 2003.