'Great to have him back': All Black star's return big boost for Crusaders

The Crusaders have confirmed a massive boost for the hastily altered 2020 campaign with veteran test lock Sam Whitelock returning to the squad.

Coach Scott Robertson confirmed that Whitelock's Japan contract ended in May anyway so the great All Blacks lock and former captain would be available when Super Rugby Aotearoa kicks off in a month's time.

Experience will be a key ingredient as teams play in empty stadiums and in a series of brutal all-New Zealand clashes because of the virus crisis.

And Whitelock's presence will only increase the Crusaders' - who have won three consecutive titles - status as hot favourites to prevail once again. 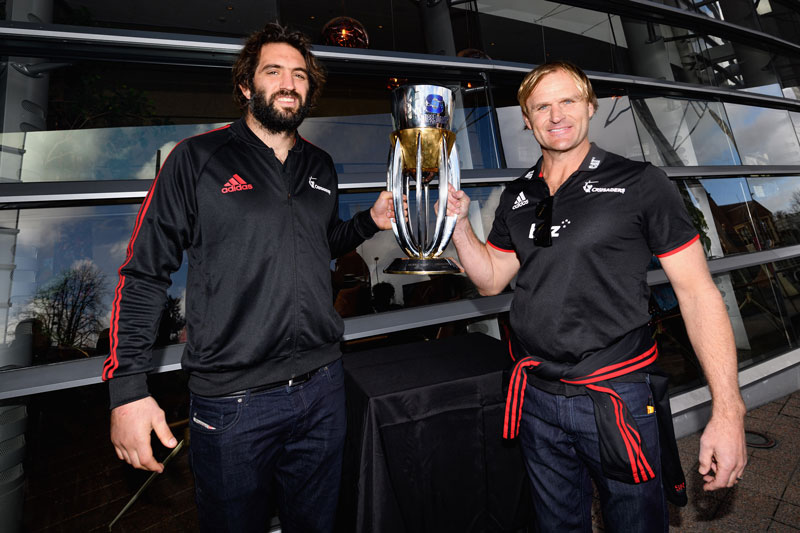 The 2019 captain Whitelock was going to miss this Super Rugby season after taking up a contract with the Panasonic Wild Knights.

"Sam's available to play - it's great to have him back," said Robertson, who had already named another test lock Scott Barrett as his new captain.

Whitelock told Sky Sport last month he was "pretty gutted' the Japan league was cancelled and would start talking to the Crusaders and Canterbury about joining them again.

Robertson says the champion Crusaders will create their own atmosphere on the field to deal with the empty stadiums.

And the new-age Crusaders coach has described the lockdown period as a "time for reflection for the whole of humanity really - not just our sector".

Robertson told NewstalkZB that the amount of experience within the ranks of the champions put them in a good position to deal with the empty stadiums.

"It's like anything. If you have a plan you can deal with it, deal with the uniqueness.

"You have to create your own atmosphere on the field, create that intensity, we've got a lot of experienced guys who can.

"There are different ways we can add this into our first few weeks. We'll ask the players what they need."

Robertson said he was very aware of not overloading players during the social-distancing period which forced them to communicate online.

But the lockdown was also a time to reflect on how the Crusaders operated, and he hinted that the coaches may have decided to ease up slightly.

"Mondays for us are massive days, a lot of information, and we need to make sure the players get their learnings but stay mentally refreshed," he said.

"We've looked at how to get the best out of our group and ourselves, how does each individual meeting look like, how can we deliver it better, teach the guys better.

"We looked at detailed ways we can play the game (and) most importantly look at when we are at our best as Crusaders, and do that as much as we possibly can.

"We have a very disciplined and self reliant group."

The Crusaders used Zoom meetings, podcasts and videos to stay connected. Robertson "picked off" a player every day or so for special treatment, and to ensure they were going well.

"(But) not overkill - we didn't know how long it would be. It's a tricky one - you can get Zoom hangovers - I don't know if there is such a thing," he said.

Robertson, beaten by Ian Foster for the All Blacks job, confirmed he would love to coach in the proposed All Blacks trial.

But the possible North-South match - he is too young to remember the original games - put him in an eligibility/loyalty quandary.

"I was brought up at Mt Maunganui, my first season was with Bay of Plenty at 19," he said.

"That puts me up in the north which makes me feel a bit uncomfortable."