Jason Ryan already making his mark with the All Blacks

0 Comments
New All Blacks assistant coach Jason Ryan has made immediate changes to the forward pack as they prepare to put the disastrous Irish series behind them.

Ryan, who has been Crusaders forward coach since 2017, was in Fiji when he got what he calls the surprise call from coach Ian Foster.

He was appointed assistant coach at the weekend as the All Blacks reshuffled their coaching roster following the 2-1 loss to Ireland.

Ryan says while he's still getting his head around all the calls, he's loved his brief time with the team.

"There are a lot of moving parts to the All Blacks machine but the boys have been outstanding, he said at Tuesday's training session in Wellington.

"The coaches and management have been really supportive." 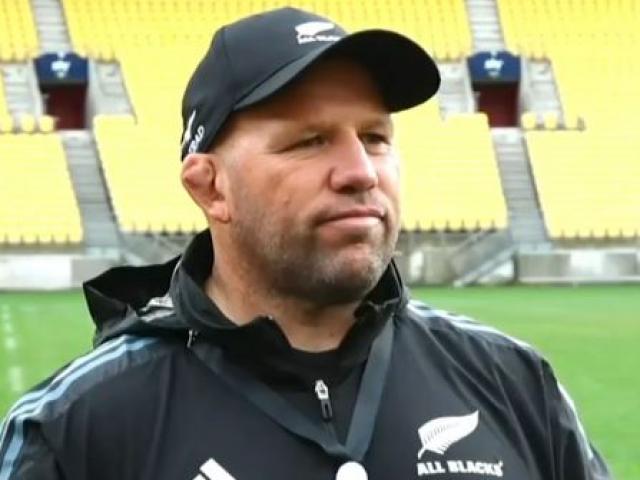 "Well we've got to stop mauls and also improve our contact area.

"We've stripped a lot out today and just concentrated on a few critical things.

"We just need to be a little bit clearer in what we're trying to do which will help in the contact area.

With the first Rugby Championship game against South Africa just 10 days away he admits they have to be fast learners.

"I'm not cramming in too much information, rather we're just concentrating on a couple of things."

Ryan says it was obvious watching the Irish series that things weren't quite right up front.

"The All Black pack has been dented and we talked about it in the forwards meeting, we didn't hide anything and were really honest, which we have to be."

Ryan says he didn't hesitate when asked to join the All Blacks coaching staff.

"It's a chance to coach my country and it's always been a dream to be the All Blacks forwards coach.

After working with Scott Robertson for 12 years Ryan may have expected his All Blacks time would have come with his Crusaders boss, whenever that might have been.

He did talk to Robertson after he was asked to join the All Blacks.

"I'm on the All Blacks ticket, I care a lot (about Robertson) but he supported me and that's all I wanted.

Ryan says the All Blacks environment is more than he expected it to be.

"The boys are really diligent, they care a lot, they know where they need to be, but we know we've got to go and prove it now.

"It's all very well getting the job, but now you've got to go and do it."

The All Blacks heads to South Africa on Friday.

Their first Rugby Championship game is against the Springboks at Mbombela Stadium on August 6 and they meet again a week later at Ellis Park.