Assistant coach Jason Ryan of the Crusaders. Photo: Getty Images.
The All Blacks have announced three changes to their coaching group following their test-series loss to Ireland.

Crusaders and Fiji forwards coach Jason Ryan has been announced as their new forwards coach, and will join the team at their camp in Wellington next week, while forwards coach John Plumtree and backs coach Brad Mooar have now parted ways with the group.

Jase has given his heart and soul to this franchise and region, and has well and truely left his mark at the Crusaders https://t.co/bnDtnGtGrH pic.twitter.com/xyu9Icz0fC

"Right now, I am really feeling for two fine men who are great rugby coaches that made an enormous contribution to the All Blacks," All Blacks coach Ian Foster said today.

"I have no doubt both coaches will go on to great success and I want to thank them for their hard work.

"Jason is a proven performer with plenty of experience at international level," Foster said.

"Last year we witnessed first-hand the impact he has made on Fiji's forwards, adding to his continual growth as the forwards coach of the Crusaders.

"His appointment now is clearly with an eye to the future and to the [Rugby World Cup] RWC 2023." 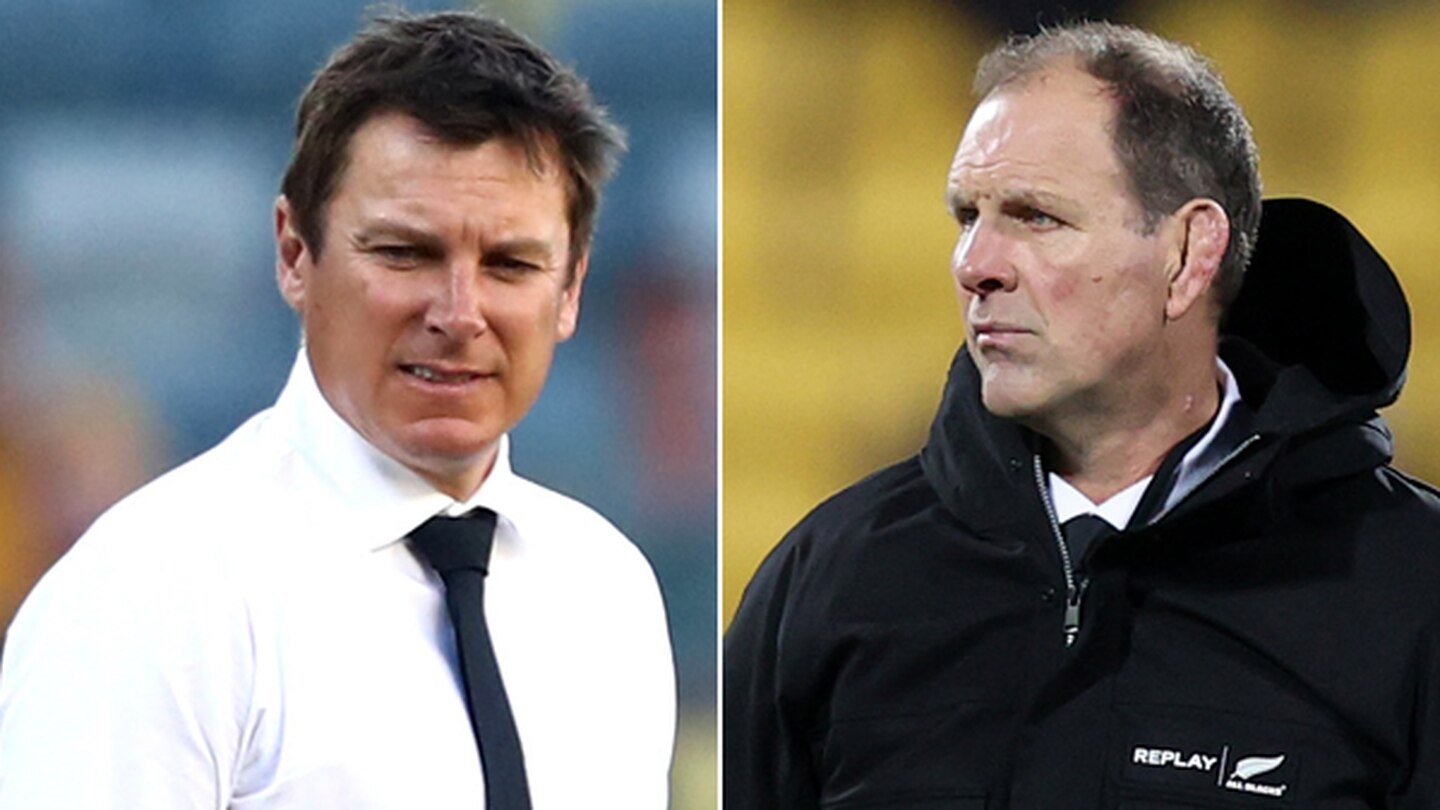 Backs coach Brad Mooar (left) and forwards coach John Plumtree have parted ways with the All Blacks. Photos: Getty Images
Joe Schmidt now formally starts his role as independent All Blacks selector.  Schmidt also has a key analysis role and will work with Foster on overall strategy and attack play.

Foster will resume leading the backs in the short term.

The All Blacks assemble in Wellington on Monday before travelling to South Africa ahead of the first test against the Springboks at Mbombela Stadium on August 7.

Earlier this year, Foster backed his under-fire assistants and was granted additional resource in the form of skills consultant Andrew Strawbridge to instigate improvements from the forward pack in particular.

At Foster's request, the New Zealand Rugby board re-signed Plumtree and fellow All Blacks assistants Brad Mooar, Greg Feek and Scott McLeod through to the 2023 World Cup.

Ryan's telling contribution to the set piece, maul defence and his ability to craft a dominant platform was evident in the Super Rugby final when the Crusaders forward pack dismantled the Blues at Eden Park.

- By Liam Napier of NZME