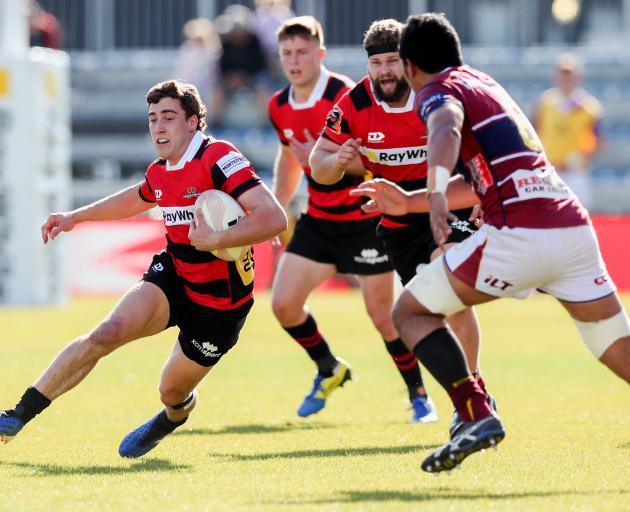 Josh McKay leads the Mitre 10 Cup with six tries and 433 metres carried with the ball. Photo: Martin Hunter/Getty Images.
Canterbury will look to keep the steam train rolling when they head to Eden Park for their fifth round Mitre 10 Cup match on Sunday against Auckland.

After a slow start to the season – which included losses to Waikato, Tasman and Wellington – Canterbury roared their campaign into top gear with an 80-0 demolition of Southland over the weekend. Now they have the chance to reaffirm themselves as semi-final candidates when they take on second-placed Auckland.

One Canterbury player who could play a major role in whether they march on from the Southland triumph is outside back Josh McKay.

Now in his third campaign with Canterbury, McKay has been a breakout player in the competition. His two tries at the weekend took him to a competition leading six tries. He also leads all players in metres carried with 433. The

Highlanders player is also second in clean breaks (12), just one behind Tasman’s Will Jordan and second in defenders beaten (25).

A big part of his rise to prominence could be his move to fullback. McKay has started all four games there this season. Last year he started nine games on the wing and was only used sporadically in the No 15 jersey.

The match against Auckland will be part of a double-header with Canterbury’s Farah Palmer Cup side taking on Auckland in a curtain-raiser.