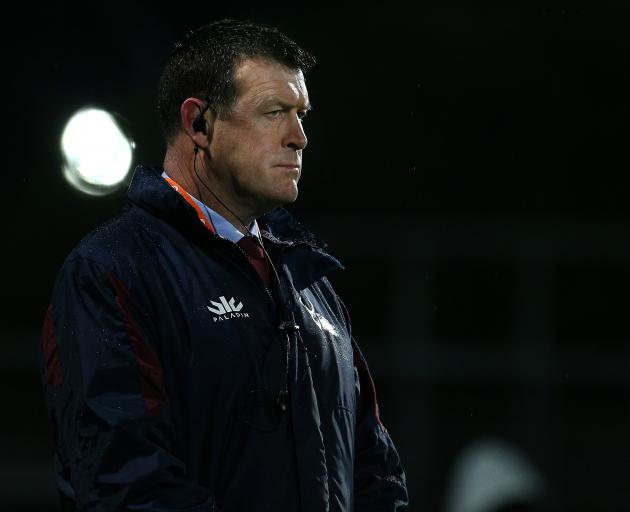 Dave Hewett's new role as New Brighton's set-piece coach will allow him to stay involved with rugby while taking a break from the professional ranks.
New Brighton have pulled off a coup in their new-look coaching team with the appointment of former Crusaders assistant and Southland head coach Dave Hewett.

The former All Blacks and Crusaders prop will be the side’s set-piece coach for the upcoming premier metro season. The opportunity came about after the forwards coach the club had lined up pulled out in late January. New Brighton floated around a few names and decided to reach out to Hewett. Almost to their surprise, he was keen to help out.

Last year Hewett resigned from his position at Southland due to the lack of time he was able to spend with his family in Christchurch.

“It got to a point where I really enjoyed the rugby and enjoyed Invercargill, but I didn’t enjoy being away from my family. I did that for two years and got back to Christchurch three times during that six month period of the Mitre 10 Cup. It just got to the point where it was too much being away from the family,” said Hewett.

“I’ve been coaching or playing professionally for 21 years and I decided actually I need a break and I want to be back in Christchurch with my family.”

However, he says taking some time out of coaching professionally doesn’t mean he wants to take a break from coaching completely.

“I was always of the opinion that I would help out during this time that I was having a break whether it be with a club or school in Christchurch, but I didn’t want to commit to a campaign.”

Not being able to fully commit is something New Brighton saw being able to work for them. Hewett plans to work with the premier side one training per week, and elsewhere when he can. The club’s rugby development officer Andy Gibson says it’s something that will work for both parties.

“It’s a win-win for us because the reality is we only need him to look after set-piece and he’ll obviously give advice and his view on other things we’re doing,” said Gibson.

Hewett does have club allegiances in Christchurch, having played for Sydenham during his career. One of his three sons currently plays for the ‘bus drivers’ which has led to some debate at home.

“I got cornered by my son saying ‘what are you coaching New Brighton for’ because he’s playing colts for Sydenham. I just said I didn’t mind who I was helping I just wanted to help the game and I got asked by Brighton and hence why I’m helping Brighton,” said Hewett.

Another reason for the break from professional coaching is for Hewett to be able to spend more time running his residential building company Bainbridge homes.

He says coaching professionally again in the future is something he would like to do if and when the right opportunity presents itself. For now though, it will be family time mixed with grassroots rugby occupying the 22 test All Black’s time.

“I’m just looking forward to being involved and hoping I can add something to the Brighton team,” said Hewett.

“I’m still coaching and I’m still actively developing and learning, but just at a different level.”

Brighton have been one of the metro competition’s biggest achievers over the past decade. Following the departure of long standing coach Scott Pawson last year they have gone about assembling an impressive coaching team for this year’s premier team. Former Manawatu assistant coach Lewis Williams has been named as the head coach, while Ross Martin will coach the backs.