'No longer of value': Carter and McCaw reveal post-rugby struggles 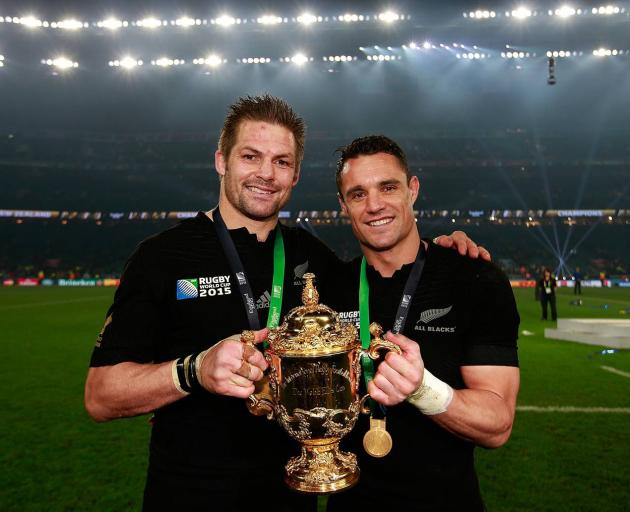 Richie McCaw and Dan Carter with the Webb Ellis Cup after winning the 2015 World Cup. Photo: Getty
Crusaders greats Dan Carter and Richie McCaw have opened up about the struggles they are experiencing in life after rugby.

The pair, who retired from international rugby after winning the 2015 World Cup, admitted they were still coming to terms with the next chapter in their lives.

"I'm still trying to figure out life after rugby," Carter told News Corp. "There's a temptation to feel like 'I've finished playing, I need to be working'.

"You get asked all the time, 'What are you doing now?' I'm still figuring it out. I didn't have an answer; I was mumbling my words and finding excuses."

Carter, who holds the world record for points scored in test rugby, says he has recently found purpose through charity work with Unicef.

"I'm actually using this time - while trying to figure out what will get me out of bed - to give back," Carter said. "I'm doing a bit of work with Oxford University in the UK to mentor the students around leadership, helping the future leaders of this world.

"But also wanting to help underprivileged children. The work I've done with Unicef over the past seven years, I've been on the ground in Syrian refugee camps. It's quite challenging for a lot of kids out there and it really hits home."

Carter has also co-founded the iSport foundation with McCaw and former teammate Ali Williams, a programme designed to inspire Kiwi kids to develop an interest in sport.

McCaw, the only player to captain his country to consecutive World Cup wins, says the foundation has helped him adjust to post-rugby life, especially since he has no intention to return to the sport in a coaching capacity.

"I'm still trying to figure it out," he said. "It didn't take me too long to leave behind the rugby - there's people that finish and whether it be because of injury or whatever, they wish they were still playing.

"But I didn't end like that, I was excited and interested to see what was next. But that doesn't mean I've got it sorted at all.

"It won't be coaching. I know I want to give back and contribute in some way to the game because of what I got out of it, but what that looks like, I haven't figured out."

Both players agreed that their main aim was finding a purpose outside of rugby, with Carter hoping people would view him beyond what he achieved on the field.

"I just turned 40, I'm not supposed to hear that word retirement until I'm 65," Carter said. "You think, 'Gee, am I no longer of value to society because that's what people know me for?' I changed my mindset around that - not be defined as a rugby player." 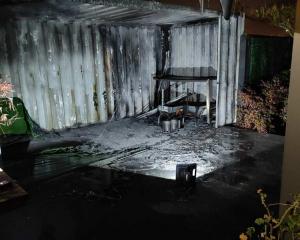