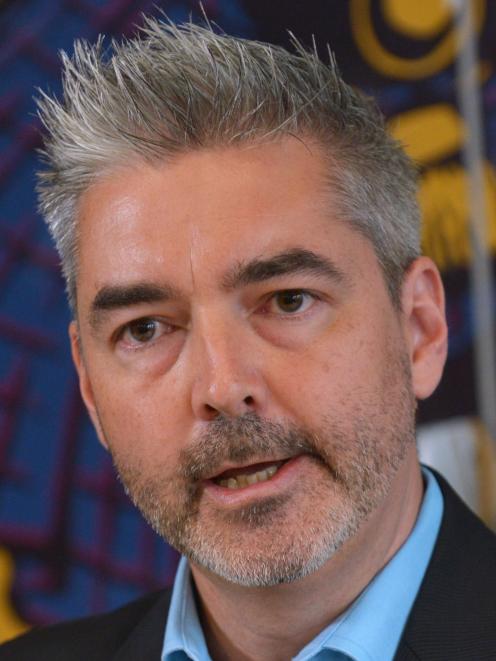 Matthew Davey
The Hurricanes Super Rugby franchise has called in police as it battles to recover $200,000 from its former Dunedin ticketing company, amid concerns that ticket-holders for cancelled events have not received refunds.

Dunedin company Ticket Rocket has provided ticketing services for various sporting organisations and venues since the late 1990s while its sole director, Canadian-born Matthew Davey, was until recently a director and major shareholder in the Highlanders Super Rugby franchise.

At the start of the year four of New Zealand’s Super Rugby franchises used the company’s ticketing services but all have now severed ties with the company, which was originally known as Ticket Direct.

The Highlanders are also trying to ensure that fans who bought tickets to cancelled matches during the Covid-19 lockdown received refunds.

The Hurricanes have now confirmed the organisation was so concerned about its dispute with Ticket Rocket over its failure to pay for tickets to games dating back to February, that it called the police.

"Whilst the Hurricanes have sought to commence the agreed dispute resolution process with Ticket Rocket, Ticket Rocket has not engaged," Hurricanes chairman Iain Potter said in a statement to the Herald.

"As well as money owed to us, we were concerned that there were refunds owing to people holding tickets to games that were cancelled during lockdown.

"After our request for evidence that money was held in trust was ignored, we laid a police complaint some weeks ago."

Mr Potter said the ticketing company was supposed to hold the proceeds from tickets to its home games in a trust account "but we have increasingly become concerned that Ticket Rocket has not done so".

Attempts to contact Ticket Rocket or Mr Davey, both based in Dunedin, were unsuccessful yesterday.

The Chiefs, Crusaders and Highlanders were also using Ticket Rocket for Super Rugby games at the start of the year.

The Highlanders did not comment on its current relationship with Ticket Rocket but appeared to distance the franchise from Ticket Rocket’s former director.

"Matt Davey resigned from our board in April and no longer has any involvement with the day-to-day governance of the Highlanders," the Highlanders chairman, Doug Harvie, said in a statement.

Mr Davey had been replaced as a director on the Highlanders board by Auckland businesswoman Nicola O’Rourke.

Mr Harvie said his concern was making sure supporters who bought tickets for cancelled matches were able to get refunds.

Davey appeared to reduce his shareholding in the Highlanders in late May but still holds 27% of the franchise according to Companies Office records.

A director of the Highlanders since 2016, he had previously been the majority owner of the franchise.

NZ Rugby did not respond to a request for comment.

Concerns about the state of the company appeared to be growing this month, with reports of people who purchased tickets for sporting events and shows saying they had not been able to reach the company to get a refund.

The Otago Daily Times has been contacted by many ticket buyers, awaiting refunds for events including Warbirds Over Wanaka, the Bluff Oyster and Food Festival, netball matches at the Edgar Centre and Regent Theatre shows.

Earlier this month, the Palmerston North City Council won a High Court order over Fortress Information Systems Limited (FISL), a different company which is owned by Davey and which trades as Ticket Rocket.

The council applied for the order claiming it was owed $675,958.40 by FISL related to speedway events and under-18 Softball World Cup matches in the city in February, which it believed were supposed to be held in trust.

Justice Rachel Dunningham’s judgement said Davey had both acknowledged the money was owed and that his company had "cash-flow problems". She granted temporary freezing orders to prevent the funds being moved from a BNZ account.

"I accept there is a real risk that FISL has been using, or will use funds held on trust to meet its cash-flow requirements, or debts unrelated to the trust fund."