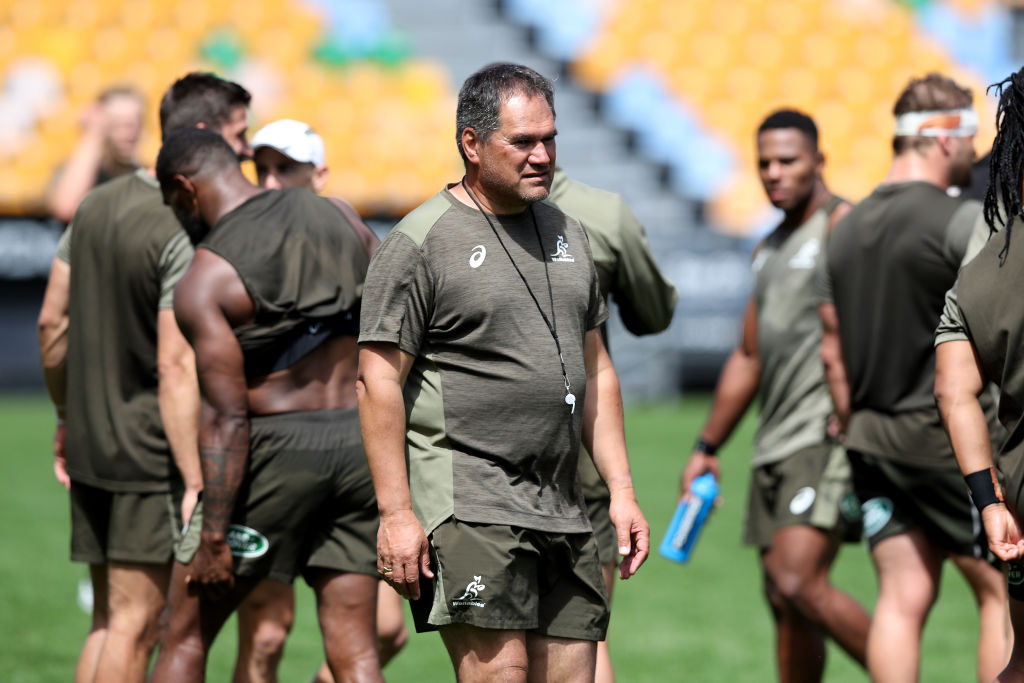 Gardner, who was a touch judge in the first test, swaps roles with Williams for the second test and Rennie said the Australian camp had gone through the "right channels" in their correspondence with referees, via World Rugby referees boss Paddy O'Brien.

"What we've done with our feedback to Paul is that we've gone through all the right channels," Rennie said on Friday.

"We've sent some stuff to Paddy O'Brien who has forwarded it on to Paul.

"We don't need to air that sort of thing through the media - and why would we do that? Are we trying to influence the referee for the next game?

"I'm not sure if he's appealing to the masses but I'm a little bit surprised by those comments."

Rennie made four changes to the team that earned a 16-16 draw in his first outing as coach, but despite the good team outcome he was prepared make individual changes, with hooker Folau Fainga'a and No 8 Pete Samu dropped.

They are replaced by Brandon Paenga-Amosa and blindside flanker Ned Hanigan respectively, with Harry Wilson shifting to No 8. Loose forward Liam Wright and centre Jordan Petaia are the new faces on the bench.

"There's a lot of competition for places - and what we've said to the boys is 'You need to nail it' and while the result was reasonably good last week we're judging everything on performance and that's not just from a team perspective but individually," Rennie said.

"Obviously the lineout didn't function as well last week and Folau was a casualty of that.

He said Samu had been given a "clear message" about what's expected of him and "we didn't see that at the weekend".

The changes signal Rennie's intent to try to match the expected step up in intensity from the All Blacks by ensuring the Wallabies remain equally charged for a big performance.

"I was rapt with the attitude and the character the boys showed under a lot of heat and we need to see that again," he said,

"It's no good fronting last week and lying down on Sunday.

"If you play the All Blacks and you're a couple of cogs off, you'll get hammered - you have to step up your intensity.

"They'll be better and there will be a real edge around their preparation and we'll see that on the park.

"We're well aware of that and we've prepared accordingly."