Whitelock assumes All Blacks captaincy for rest of year 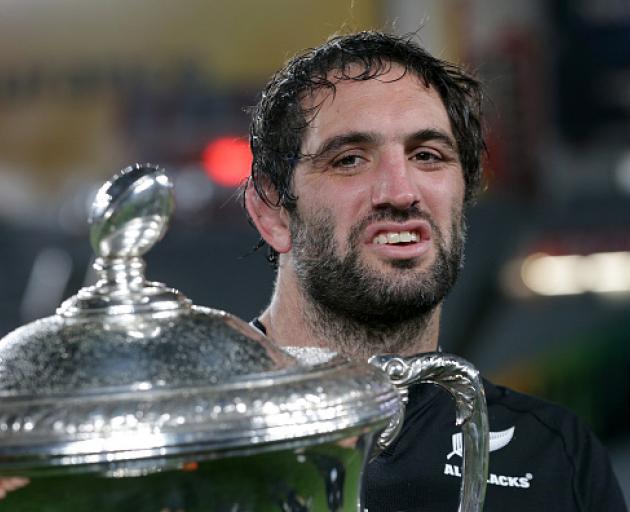 Sam Whitelock. Photo: Getty Images
Crusaders lock Sam Whitelock will captain the All Blacks for the remainder of the test season, assuming the reins from Ardie Savea with Sam Cane given time to regain match fitness without the leadership burden.

On Wednesday, after arriving in Washington DC earlier this week, All Blacks forwards coach John Plumtree revealed Whitelock will lead the team in their five remaining tests against USA, Wales, Italy, Ireland and France.

"Sam Whitelock will be taking over the captaincy from Ardie," Plumtree said. "Ardie has been recognised for the great job he did in Australia and winning the Rugby Championship. His style of leadership was fantastic, but it's also great to have Sam come in with his experience. We think it's good for the team now that Sam takes over.

"We've got Sam Cane here as well but we feel he just needs to get his game right. He's been out for a long time and the added captaincy burden wouldn't be a good thing for him right now."

The All Blacks have employed four captains this year with Aaron Smith, Brodie Retallick, Savea and Whitelock sharing the role but as they approach a testing northern tour they are keen to adopt a more settled presence.

Whitelock last played for the All Blacks on August 14 after missing the Rugby Championship while wife Hannah gave birth to their third child. He initially intended to join the team for the second test against the Springboks, but had to alter those plans due to limited flight availability and Queensland's two-week quarantine requirements.

Rotation will be in full swing on the northern tour as the All Blacks juggle their squad but Plumtree suggested Whitelock could play every test. Savea has been named vice-captain and could step in should injury strike.

"We've had a few captains haven't we? If Sam had been able to come to Australia he would've been the captain right through to now," Plumtree said. "The fact his wife had their baby and he couldn't travel is certainly not his fault so bringing him back in is the right thing to do.

"The rest of the team is fine with that. Ardie and the leaders around him did a really good job. Ardie has a totally different style of leadership to Sam but both are great. We're expecting it to carry on as normal.

"Knowing Sam he will want to start and play 80 minutes of every test."

Plumtree confirmed Cane, who has played one Heartland Championship match in the past six months since returning from chest surgery, will resume the All Blacks captaincy next year.

"Absolutely. He's been named Ian Foster's captain and nothing has changed in that space. He's just come back off a massive injury so we need to give him time to come right before having the responsibility of leading the All Blacks."

Cane, Whitelock, Dane Coles and rookie lock Josh lord are all expected to feature in front of 50,000 fans against the USA at FedEx Field, home of the Washington NFL team in Maryland, on Sunday morning (NZT). Shannon Frizell is the only player unavailable for selection due to a shoulder injury sustained playing for Tasman.

"Sam Cane had one hit out with King Country. I had a good chat to him about it. He felt really confident in his body and that's the first step. The next is him getting time out on the field and training as well. He'll get integrated back in this weekend at some point. There's no pressure on him. He's got to get out there and do his thing but it will take a little while."

Lord, the 20-year-old Taranaki and Chiefs lock, has been with the All Blacks a matter of days yet Plumtree's endorsement seemingly paves the way for his immediate test debut this weekend, with Retallick expected to be among eight to 10 players who will travel 24 hours early to Cardiff to prepare for next weekend's test against Wales.

"There will be a lot to take in if he's selected but knowing him for a short time and the conversations I've had with other players I don't think it's going to intimidate him. He's certainly showed me he's smart youngster. He's switched onto the calling system.

"Tupou Vaa'i has taken him under his wing. He's pretty young, too, but it's nice to have both those boys that we see as being the future in the locking department there working together. If Josh gets a start this week or comes off the bench I'm sure he's not going to let anyone down. He's a really natural athlete, good attitude, so a big future in front of him."