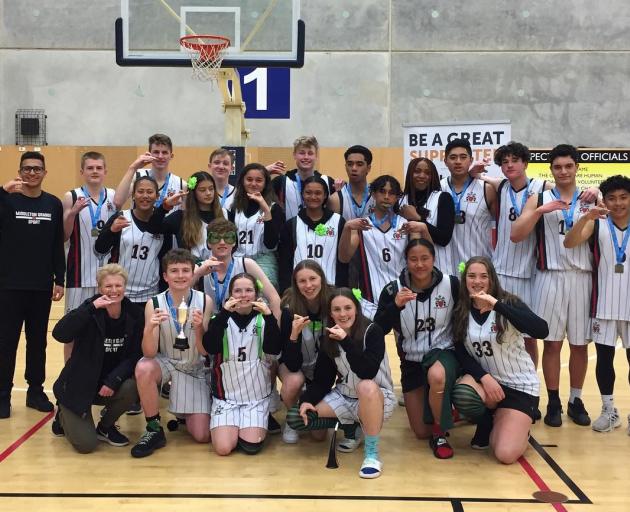 Middleton Grange secured the South Island Secondary Schools' basketball title to go with the Canterbury crown from a fortnight ago. Photo: Supplied.
Winter tournament week came to a close with Canterbury schools proving they could match it with the best around New Zealand.

Cashmere High School finished third, while Shirley Boys' High finished fourth and all four teams will head to the national secondary school tournament in a fortnight.

Rolleston College finished second in the under-17 tournament at Christchurch's Cowles Stadium.

It was Rolleston's first tilt at the tournament and they lost to Wakatipu High School 73-54 in the decider. 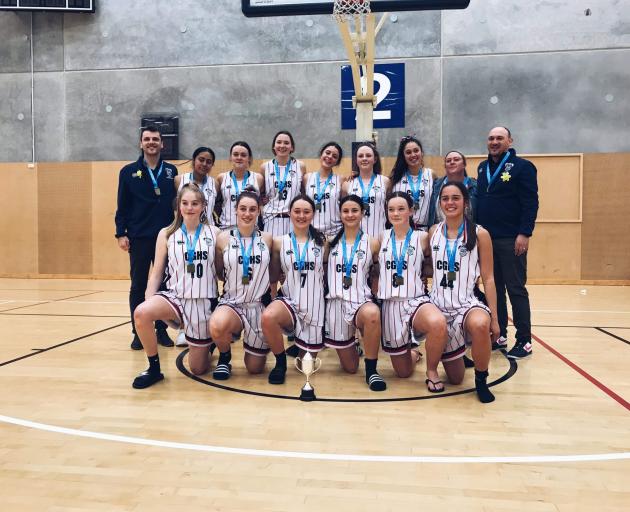 They beat Onehunga High School 57-7 in the semi-final before going down 58-7 to Hamilton Girls' High School in the final.

St Bede's College won the India Shield and earned a national ranking of 17 in the process.

Christchurch Girls' High School were runners-up in the Federation Cup tournament in Auckland, earning a no. 2 ranking nationally in the process.

The team lost the final 1-0 to St Cuthberts College.

St Margaret's College finished third after a 3-2 win on penalty strokes against Diocesan School for Girls.

St Bede's finished eighth at the Galletly Cup in Oamaru.

St Margaret's were runners-up at the Chris Arthur Cup at Stratford.

They finished 17th after a 2-1 win over Wellington's St Patrick's High School.

Christchurch Girls' High School were runners-up at the Kathy Seaward tournament at Whangarei after a 1-0 loss to Glendowie College.

Marian College won the Gary Sowden tournament at Timaru's Sir Basil Arthur Park on Thursday after a 3-0 win over Cashmere High School in the final, on Thursday..