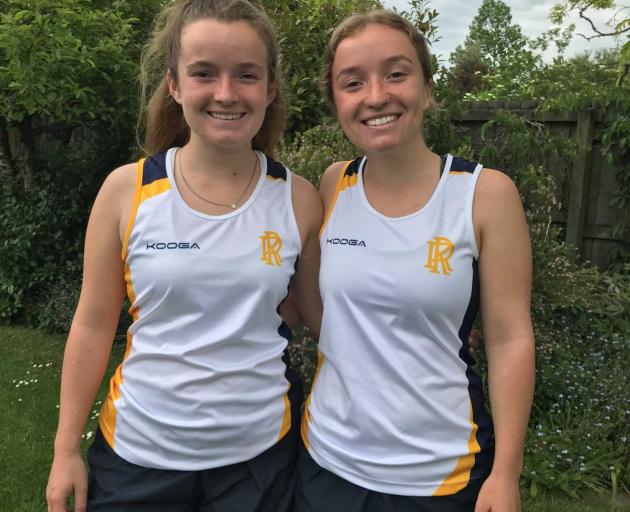 Now, seven years on, the pair are set to debut for New Zealand at the 2020 Youth Trans Tasman test series in Newcastle, Australia.

Maddy said the twins' involvement in the sport continued “because of how cool the touch environment is compared to other sports." She will join a 6-team contingent who will take on the Australian Emu’s in a best-of-3 match series in January.

The pair have differing strengths on the touch field. Georgia is more of a rucking player who loves yards and, although up for debate, Maddy is the self-proclaimed better passer who plays a more supportive role on the touch field.

The twins are easiest to tell apart by their habits. “[Maddy will] probably be the one who is constantly making people laugh and running a bit late.” You will find “George eating her Gluten Free snacks, whereas you will always see me eating,” Maddy said.

If this isn’t enough to help differentiate them come game day, you won’t have to worry as the girls will be lacing up for different teams; Maddy in the NZ 18 Girls and Georgia in the NZ 18 Mixed.

Both girls are expecting big things from this series, including high temperatures. While the Australians are current Youth World Champions, the Kiwis will be looking to display enough moments of brilliance to turn the Aussie tide.

Said Maddy: “I’m looking forward to the challenge the games and heat will bring and getting to play with an exceptional bunch of girls from around the country."

The Sheat twins will join four other sibling duos who will be representing NZ at the Trans Tasman competition.

Said Georgia: “Growing up we have done most things together, both on and off the sports field, so it's pretty exciting to add this to the list.”