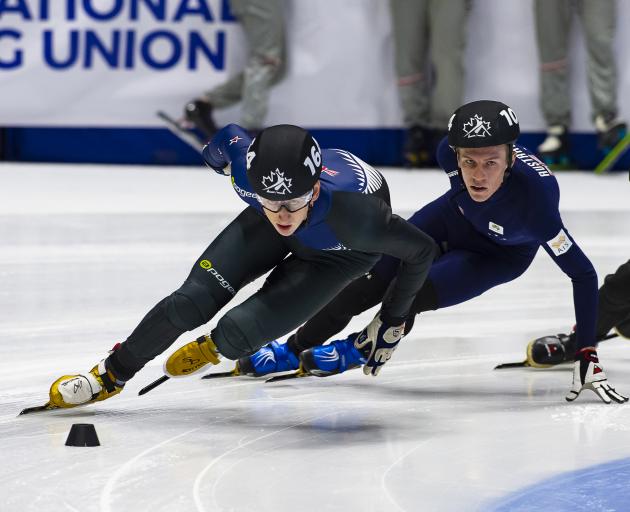 The 17-year-old short track speed skater from Shirley Boys’ High School will compete in the 500m, 1000m and mixed nation relay at the Lausanne 2020 Winter Youth Olympic Games from January 9 to 22 in Switzerland and France.

“I was super stoked that all my training over the years has paid off. It’s been one of my goals for a couple of years, so I was really happy, that message definitely made that day way better,” said de Rose.

“It’s my ultimate dream to represent my country and my sport and it’ll be awesome to be in that environment with other New Zealand athletes as well.

“I’m extremely happy, I’ve always wanted to compete there and the ice is meant to be great in Switzerland.”

De Rose began speed skating at four-years-old, after his mother saw an advert in a newsletter.

Since then de Rose has been obsessed, thinking of little else outside of skating.

“I just had a thing for it ever since I started and was constantly wanting to go back, he said.

“At the start it was more casual until I was about eight then I started competing in Australia and that made me want to progress and be competitive.

“It’s so tense and so strategic and you’ve just got to give it everything you’ve got, I love it.”

De Rose has been going from strength to strength within the sport, setting New Zealand age-group records and placing 16th at this year’s junior world champs where he competed against older athletes.

He begins his NCEA exams this week and is training on ice as often as possible as he prepares for Lausanne next year.