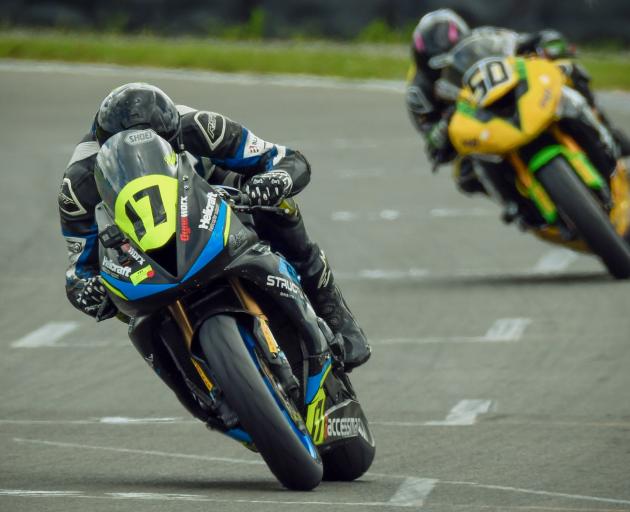 Christchurch’s Dale Finch is sure to be one of the favourites in the Supersport 600 class this season. Photo: Andy McGechan / BikesportNZ.com
The 2021 New Zealand Superbike Championships launch at Ruapuna’s Mike Pero Motorsport Park this weekend to find the nation’s best motor-cycle road racers.

Christchurch’s Alastair Hoogenboezem may be the defending national superbike champion and Whakatane’s Mitch Rees may have ruled the 1000cc class during the three-round pre-nationals series in December, but neither rider can afford to rest on their laurels.

The pre-nationals Suzuki International Series last month was the perfect competition for the latest model bikes to be tested, new teams to gel and for riders to gauge where they stand before the nationals get under way at Ruapuna.

The series then heads south to Levels International Raceway, near Timaru the following weekend. Then there is a month-long break before racing resumes in the North Island at Hampton Downs; Taupo hosts the final round at Bruce McLaren Motorsport Park.

The Supersport 600 class will also be fizzing this season, with Upper Hutt’s Rogan Chandler a leading contender after a dominant pre-season.

Another local trio are expected to push for the podium in the Supersport 300 programme, where Tyrone Kuipers, Andy McLaughlin and Caleb Gilmore will tussle with the likes of Jason Hearn (Whangarei) and Southlander Cormac Buchanan as they eye stepping up in class.

“It’s almost impossible to predict class winners, such is the depth of talent we have in this country,” he said.

“We know also that, now unrestrained by pandemic lockdown conditions, the riders will be thrilled to be able to commit and express themselves on the race track as best they know how.”

The other classes up for grabs at the nationals are the Superbike B (support class), 650 Pro Twin, GIXXER Cup 150, Supersport 150, Sidecars and the 250 Production (support class, round one only).