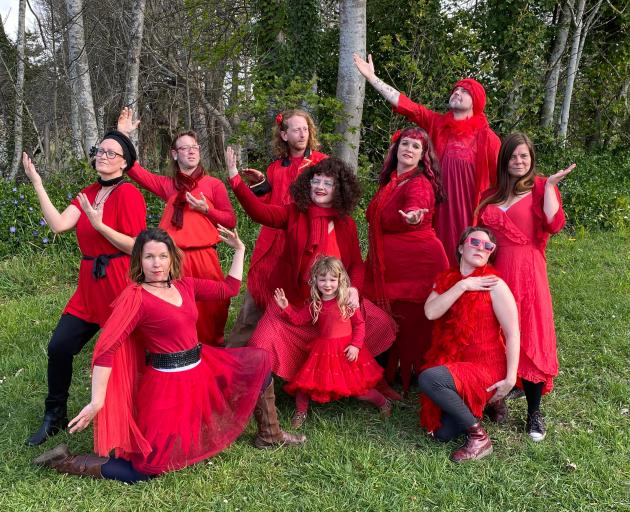 "Making sure the event is accessible, in every way, is very important — so any type of red garment will be fine," she said.

"We want people of all abilities to be able to take part as well, so people will be able to tackle the simplified version of the dance.

"It’s all about having fun and taking part, while bringing vibrancy into the centre of town — and it’s also a chance to celebrate being at Alert Level 1."

Events planned for July around the world could not go ahead due to the global pandemic, but the Dunedin group were keen to go ahead and had postponed it until spring.

Mayhem-Bullock said it was poignant that preparations for the event were taking place during Mental Health Awareness Week, and the Waitati-based organising team was focused on male suicide.

"The message to our menfolk is not to take themselves too seriously — why not dress up in red and have a go at dancing like Kate Bush?"

The event would be a fundraiser for "all the Heathcliffs out there", with funds to be donated to local support organisation Weka (Wellness, Empathy, Kindness Aotearoa).

While Dunedin will be joining The Most Wuthering Heights Day Ever for the second time, the international event — where groups recreate the music video for Kate Bush's 1978 song Wuthering Heights — has been running since 2013.

It was originally founded by British performance group Shambush.

People who wish to take part are invited to arrive in the Octagon at 11.30am on Saturday, October 3, for a chance to have a run-through and practise the moves, before the full dance at noon.