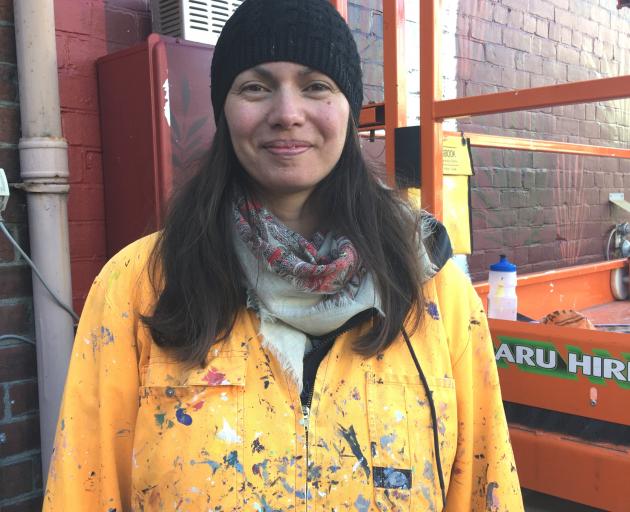 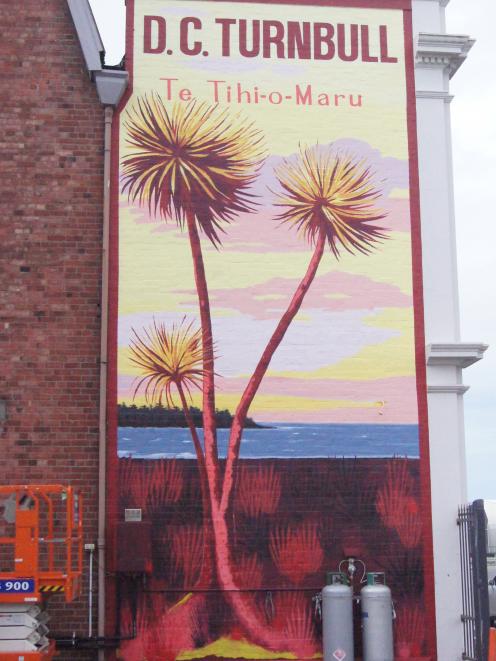 Novak (32) completed her mural depicting a cabbage tree (ti kouka) at the weekend.

Work on the artwork was delayed due to rain early last week and the wall had its own challenges.

That artwork was part of an Alive Vibrant Timaru and Timaru Civic Trust project to bring street art to Timaru.

The project included murals by "Toothfish" on Willmotts Workwear’s southern wall in Sophia S, and another work by Hayley King (Flox) on the back wall of the former National Bank Building, now Hector Black’s Lounge Bar, in Stafford St.

The ti kouka mural was commissioned by the company D.C. Turnbull.

"I came up with a design," Ms Novak said.

"They had seen a proposal I put to the Timaru Civic Trust."

She said the image had been painted as a postcard scene with her vision of Timaru pre-European settlement.

Ti kouka feature in Maori history and legend and have added significance for Timaru.

According to New Zealand History (Nga Korero a ipurangi o Aotearoa), the town site was originally known as Te Maru: the shelter.