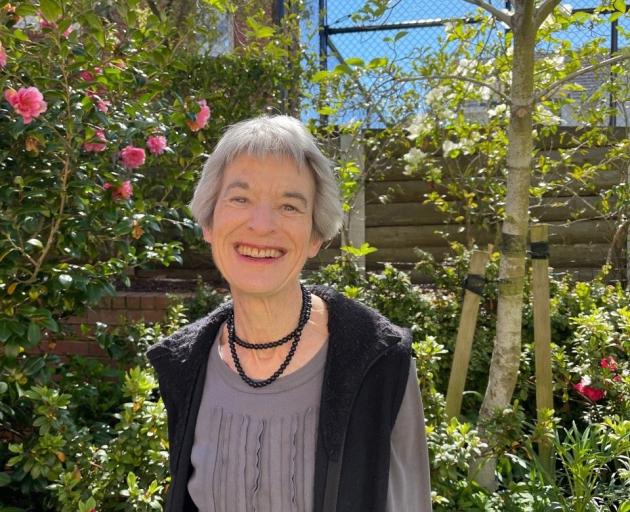 The freshwater scientist and conservationist says the surrounds of Dunedin and the lakes of the South Island remain the passions of her life.

Now a resident of Yvette Williams Retirement Village, Dame Carolyn has received many honours and recognition for her work, including being named a Dame Companion of the New Zealand Order of Merit in the 2021 Queen’s Birthday honours.

After a lifetime of conservation work, Dame Carolyn remains very concerned with the state of the lakes and rivers she knows so well, due to runoff from land uses and development.

Lake Hayes, near Queenstown, is her favourite waterway.

But despite more awareness in recent years of water health, Lake Hayes, which has been "in a really bad state", remains unhealthy.

At Yvette Williams, despite the restrictions of Covid-19, she has loved getting to know fellow Ryman Healthcare residents and staff.

She likes exercising with her walking group and exploring "the wilds" that are so easily accessible from Dunedin.

"I’m so privileged to have lived the life I have," she said.

Dame Carolyn’s early upbringing was in Lincoln, Canterbury, with her father — a lecturer and later head of Lincoln College — and her mother — a former resident of New York.

Her family included a younger brother and an older sister.

"My father was the one who would hold me up — he knew the animals and native plants — to the bird nests to look at the colour and markings on the eggs and [say] this is how you can tell whether the nests belong to blackbirds or thrushes," she said.

Her mother was more arts-focused.

"My father was science, but my mother was the arts — she leaned towards literature, drama and painting."

Both contributed to her interests in the world.

The 2021 Queen’s Birthday honour follows on from Dame Carolyn’s Commander of the Order of the British Empire (CBE) in 1984.

Both acknowledge her work around the South Island’s freshwater lakes and also her conservation work nationally and internationally.

Her early studies, conducted in both New Zealand and Canada (under a Commonwealth scholarship), were aimed at monitoring how lakes could be kept clear of excessive algae.

Dame Carolyn did post-doctorate work as a research associate in biology at Yale University from 1967 to 1968.

In January, 1969, she returned to New Zealand, and later became head of the University of Otago’s Zoology Department from 1998 to 2005.