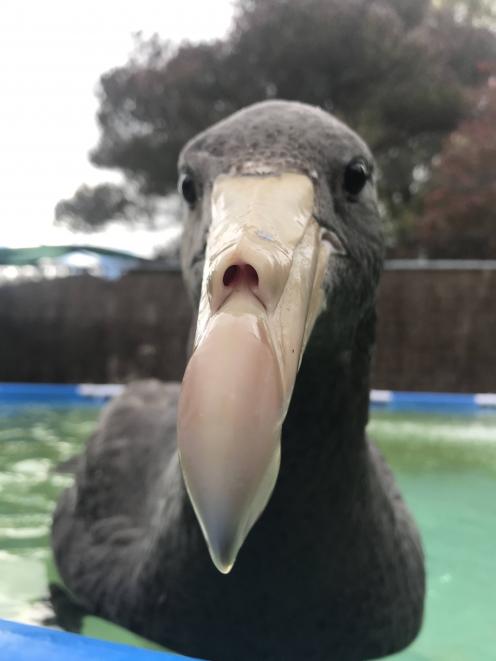 The northern giant petrel enjoys some swimming time in the rehab pool at Dunedin Wildlife Hospital while recuperating.PHOTO: SUPPLIED
There is growing awareness of the plague of plastics littering our oceans, beaches, and just about everywhere else on Earth.

This recently hit home for the Wildlife Hospital team when we admitted a northern giant petrel who had ingested plastic.

Admittedly, this patient had multiple challenges, having been found inland in, of all places, Geraldine, looking quite the worse for wear.

This incredibly cool pelagic bird normally doesn’t spend any time on the ground on mainland New Zealand, preferring to spend most of its time at sea, with a seasonal stopover for breeding activities on subantarctic islands.

Turning up in Geraldine was the first clue that something had gone quite wrong for this petrel, but there were more unpleasant surprises in store.

Northern giant petrels generally live up to the ‘‘giant’’ in their name, with massive wingspans up to 210cm, and impressive girth.

This patient should have weighed as much as 5kg, but came in emaciated and dehydrated, weighing less than half of that.

Shortly after admission, it began regurgitating, which is when we discovered it had ingested plastic, as it deposited it helpfully on the floor right in front of us.

We can’t be certain if this petrel consumed the plastic while still at sea, or out of desperation after being blown off course and crash landing in Geraldine, where food sources were likely scarce.

Given the omnipresence of plastics in the environment, both are plausible. Either way, it easily could have been the death of him.

The regurgitation was a stroke of luck. If the plastic had worked its way into the petrel’s intestines, it could have caused fatal blockages.

A slow feeding programme to protect its system from shock followed, and the vet team was relieved to see the bird was able to pass food normally, indicating that no plastic remained.

In addition to surviving these foreign objects where they had no business being, this petrel battled back from the absolute brink, as it also came to us in the throes of renal failure.

While this lucky petrel has survived and was recently released at the mouth of the Otago Harbour, the scourge of plastics remain.

Thankfully, there’s something we can all do about this.

Reduce your intake of single use plastics, and make sure you dispose of all plastics properly.

We also encourage you to practice the ‘‘take 3 for the sea’’ habit by taking away 3 pieces of rubbish with you when you leave a beach, waterway, or really anywhere else — even if you didn’t bring them in the first place. 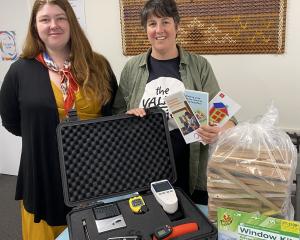