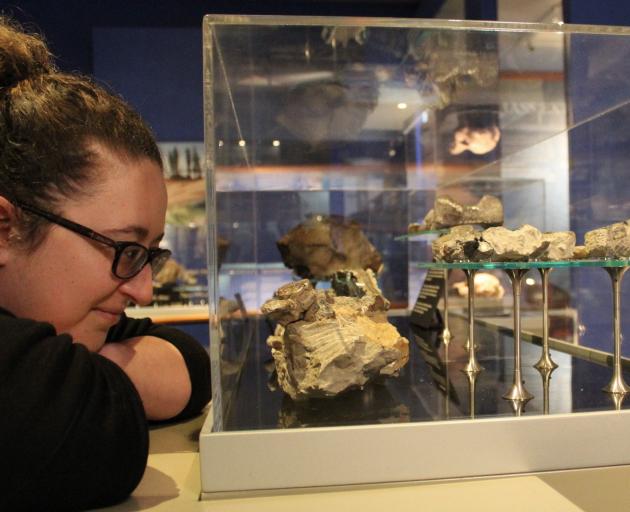 The bones of an extinct leatherback turtle that swam in the Southern waters 40 million years ago has a link to a literary giant.

"The discworld is a flat world which travels through the cosmos on the back of a giant turtle.

"This was like the most exciting thing to me when I came here and started working at the museum in 2015 because I grew up reading Terry Pratchett books," she said. 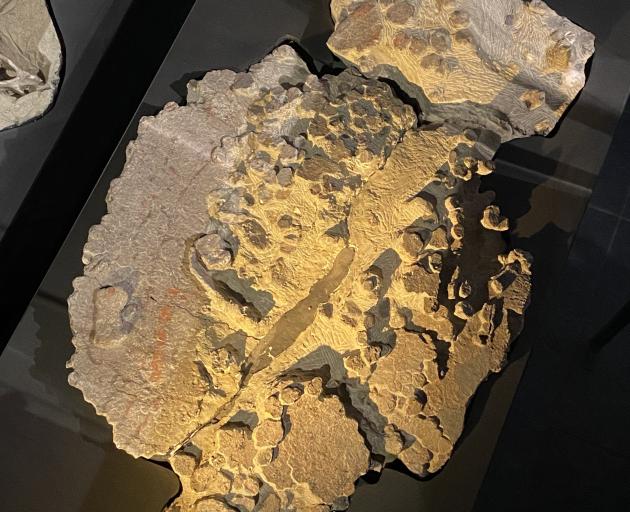 A fossil from the back of an extinct leatherback turtle, Psephophorus terrypratchetti at Tuhura Otago Museum.
A formative experience for Miss Morris was getting to meet Pratchett when she was 8, pressuring her grandmother to take her to a book signing in Auckland.

"I bullied her into taking me," she joked.

The fossil turtle was discovered in 1995 in fossil beds in South Canterbury and given its name by late University of Otago scientist Dr Richard Kohler.

At the time Pratchett said he was proud of the name.

Writing in his book The Discworld Companion he said "it tickles my imagination".

"Forty millions years ago this thing was paddling around the globe, eating jellyfish, and now there’s this link to this short bald guy whose own species, at that time, was still saying ‘ook’." 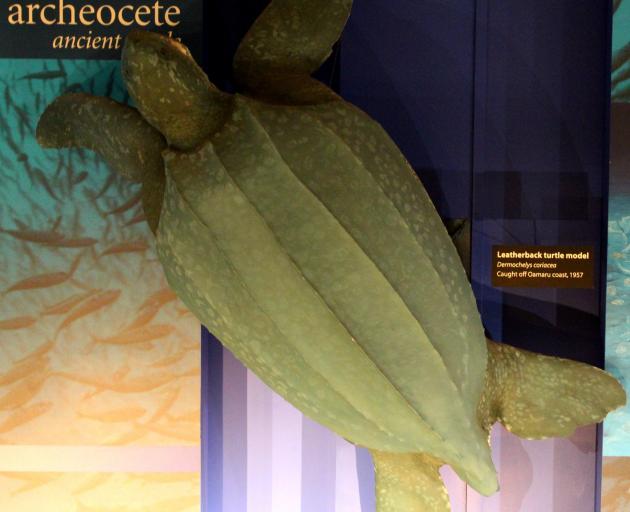 One was caught off the coast of Oamaru in 1957, and a model example could be seen at Tuhura Otago Museum.

"It is actually critically endangered."

Leatherbacks could travel much further than other turtle species and could regulate their temperature because they were so large.

"They travel thousands and thousands of miles after the breeding season when they are feeding, so they’ve been tracked travelling from Asia over to North America. So they migrate huge distances."