Priest retiring to Mosgiel after 11 years in Gore 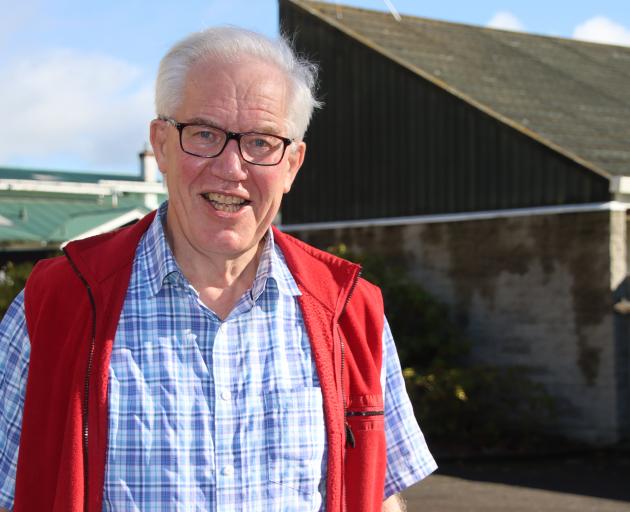 Gore’s Church of the Blessed Sacrament parish priest is retiring to Mosgiel.

His last service after 11 years in the parish was April 17 but Fr Wynn-Williams will not move to Mosgiel until his new cottage is built.

The cottage is on the grounds of the former national seminary.

Fr Wynn-Williams said one of his regrets about leaving Gore was he would now have to drive to croquet.

"I’ve been playing croquet for three years and really enjoy it," he said.

"I can just step across the road and the green’s opposite... whereas in Dunedin it is going to be a 30km return trip."

He liked the lifestyle in Gore.

"I think it is a terrific place to bring up a family.

Working with the ministers and pastors in the other churches had been enjoyable.

"It’s more than I’ve experienced in other places."

He would miss the contact with families and St Mary’s School.

"Relationships with people [are] the warp and woof of one’s life.

"I’ve always found my association with St Mary’s School particularly energising and life-giving and I shall miss that easy contact with the teachers and the pupils."

While it had been his choice to retire and he was looking forward to not having the responsibility of a parish, it would be a big change.

"There is a sense of grieving and loss and I’m apprehensive about that and I’m going to have to forge a new daily pattern of life for myself, because I don’t have the same daily demands made of me.

"The last thing I want to do is slide into a solitary senility."

He was ordained into the priesthood 45 years ago.

The Mosgiel site where two cottages are being built already has four other cottages that house retired priests.

As the youngest retiree, at the age of 72, Fr Wynn-Williams expected he would still fill in where needed.

"I think I will still be fairly active."

Fr Wynn-Williams’ replacement is Fr Jaime Lalaguna, who has come from Queenstown.