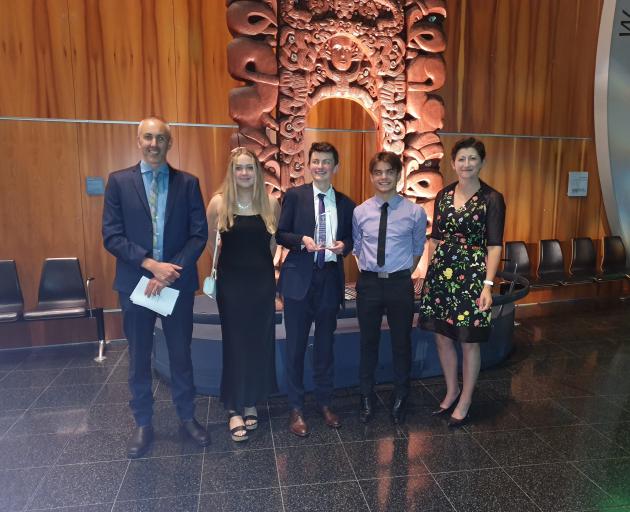 The team’s pitch included how barberries, an Iranian superfood, could reduce cholesterol, were

high in antioxidants and vitamins, and could reduce acne by up to

40% if taken regularly across a month.

The team entered a Dragons’ Den-style national final, pitching to a panel of six judges at Te Papa in Wellington on Thursday last week.

The team won the Sir John Todd Memorial Award for placing second in the competition.

Robert, speaking to The Star on Monday, said the team was "absolutely ecstatic" about placing second in a competition, which about 1000 teams across New Zealand entered.

Now the team of three Year 12 pupils was planning on how to win the top prize in the competition next year.

The plan includes expanding the product range, possibly introducing a topical cream product made from the barberries.

Robert said his team had sold nearly 100 batches of the supplement powder.

The powder had helped reduce acne for its repeat customers, he said.

The team had no concerns about its customers stopping buying their product after their acne disappeared because there would always be new customers.

"There are always going to be teenagers with acne."