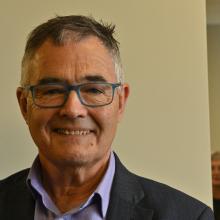 He was elected as mayor in 2010 and remained in the job for three terms, before stepping down in 2019.

Mr Cull was appointed the chairman of the Southern District Health Board in December 2019.

He left that role in October last year due to his health.

‘‘He was a colleague, friend, and mentor to many, and I’m devastated for his whanau who deserved more time with Dave after his mayoral duties were fulfilled,’’ Mr Hawkins said.

Mr Cull took on the mayoralty at a time when the city was divided over the stadium, but worked hard to heal those rifts and bring greater focus to the council’s strategic direction.

The strength of the council’s relationships with local iwi are also built on his shoulders, and his leadership of Local Government New Zealand was critical as it worked to tackle some of the biggest issues, including climate change, with urgency.

Council chief executive Sandy Graham said Mr Cull’s death will be keenly felt across the council family, especially by staff who worked closely with Mr Cull during his time as mayor.

‘‘Our thoughts are with his family at this incredibly sad time,’’ Ms Graham said.