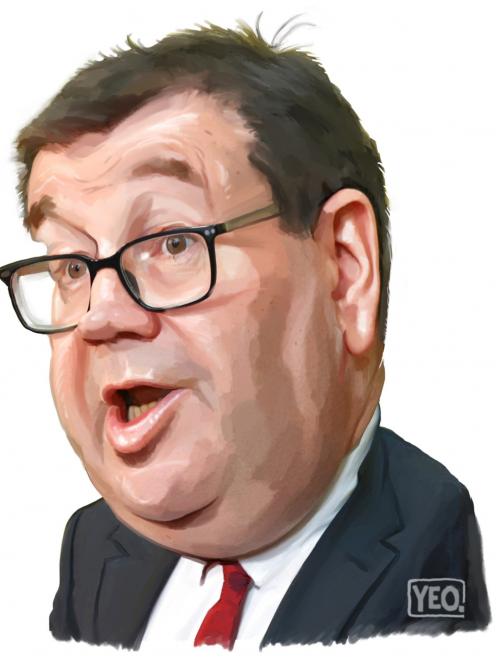 Caricature by Shaun Yeo
Social agencies have given the Government’s Budget 2022 a mixed report card, saying that it is a step in the right direction, but that it does not do enough for those on the lowest incomes.

Presbyterian Support Otago Family Works director Carmen Batchelor said the Government’s cost-of-living payment of $350 for people earning under $70,000 would not make "any significant difference to people who are struggling to manage their budgets".

"We expect to see a continuing demand for our foodbank from low-to-middle-income families who will continue to feel the pressure of the cost-of-living crisis," Ms Batchelor said.

The fact that people on very low incomes and beneficiaries, those who are eligible for the winter energy payment, were not eligible for the $350 payment was "a surprising and disappointing outcome", she said.

"This is unfair when the prices of food and other essentials, such as power and petrol, continue to skyrocket."

The Government’s plan to extend half-price public transport and the continuation of cuts to petrol taxes were welcomed.

"We hope they remain in place for a long time," Ms Batchelor said.

The Salvation Army has described the Government’s Budget 2022 as "underwhelming and disappointing" in terms of immediate support for families struggling the most, while noting there were some positive initiatives.

Wellington-based Salvation Army senior social policy analyst Paul Barber told The Star that the organisation saw people every day who were falling increasingly behind due to the ever-rising cost-of-living and unsustainably high rental costs.

"Generally, we were disappointed to see there wasn’t more support for those families who are really struggling," Mr Barber said.

There was some relief for marginalised communities though, with the extension of half-price public transport a good move that "would give families options".

The Government’s allocation of funding to alleviate the housing crisis, including a $221 million affordable housing fund, $1 billion for public and transitional housing, $355 million to redesign the emergency housing system, and $75 million for a homeless action plan, was welcomed by both organisations.

Ms Batchelor said Presbyterian Support Otago was keen to see the details of how the funding would help individuals and families who were homeless, living in unaffordable rentals and/or insecure housing situations.

Mr Barber said the Salvation Army welcomed the Budget measures in the housing space, "with the housing-related hardship assistance likely to be of immediate, practical help to individuals with the initial costs of getting into rental property".

The Homelessness Action Plan contained a "really good initiative" with regard to homelessness and housing insecurity among rangatahi, Mr Barber said.

"Funding of $15 million a year could make a real difference," he said.