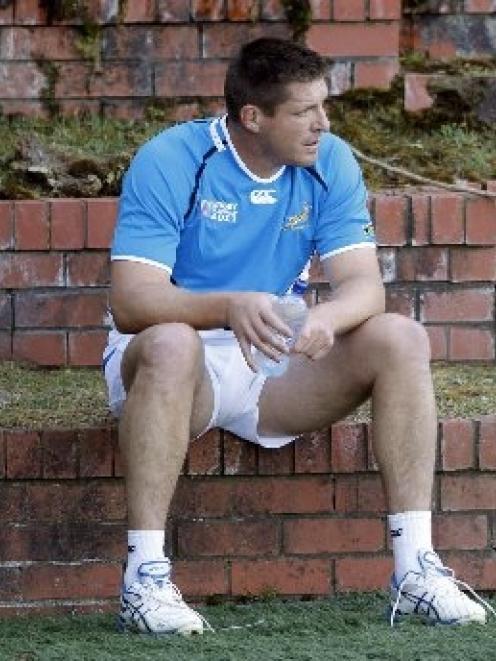 The 31-year-old Botha has been suffering from a chronic Achilles' tendon problem that flared up again at training earlier this week.

"We're a little bit worried about Bakkies, he's our major concern," assistant coach Dick Muir told reporters. "It's his Achilles and being a big man he obviously takes a lot of pressure in that area.

"He's so important for us for the remainder of the competition that we wouldn't take any chances with Bakkies.

"We'll take it week by week, but I think he's going to be out this week unfortunately."

The world champions will definitely miss the starch Botha, who has described his toughest opponent as "not been born yet", provides in their pack and at the breakdown and the aerial danger at lineouts and restarts he provides in combination with vice-captain Victor Matfield.

Danie Rossouw is likely to replace lock Botha in the starting lineup when the team is named on Friday.

Muir said there was also an injury concern over winger Bryan Habana, who had not taken a full part in training this week, leaving the highest try scorer at the 2007 world Cup feeling frustrated.

"Bryan just wants to get on to the field and he's been a bit frustrated this week by not being able to train full out and he's certainly one of those players that puts in a lot of effort," Muir said. 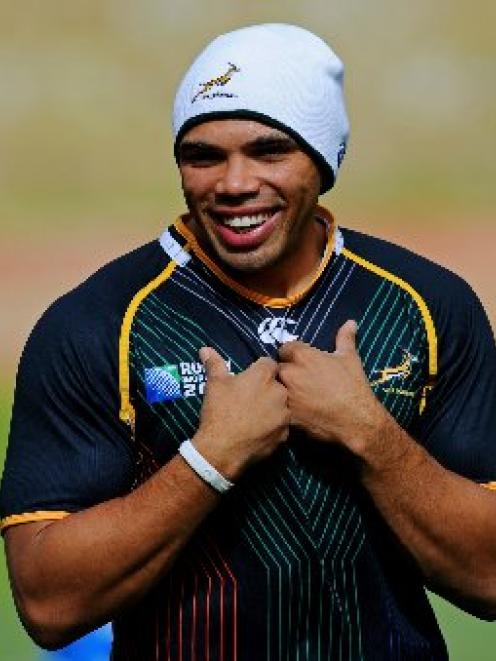 Bryan Habana
"He's had one of those up and down years, where you see this outstanding player, and that's what he wants to get back to."

Habana is tied with Joost van der Westhuizen for the most tries (38) for the Springboks and has been going through something of a drought, having not scored a try since the victory over Italy in East London in June 2010 - a run of 10 tests.

While he hoped to break the record shortly, he was more concerned with the way he would perform in a team effort.

"I thought it would have happened a while ago," Habana said when asked about the prospects of passing van der Westhuizen if selected for the Wales game.

"But yeah, if I do get chosen (to play) I would love to make a positive contribution to the start of our campaign."

Part of the reason for Habana's drought is undoubtedly the fact he has been forced to chase kicks by his inside backs in the past two years as the Springboks resort to a territory and pressure game rather than using the ball in hand.

The 28-year-old, however, said the tactics worked - leading them to the 2007 world Cup, a series win over the British and Irish Lions and the Tri-Nations title in 2009, and he doubted the Springboks would do anything much different on Sunday.

"I've been chasing a lot of kicks for a while now, so I don't think that's going to change quite a bit.

"I definitely think we're going to play to our strengths, to what's worked for us.

"It's worked in the past so we're not going to do anything drastically different to the last couple of years."