Wales injury-free ahead of Ireland clash 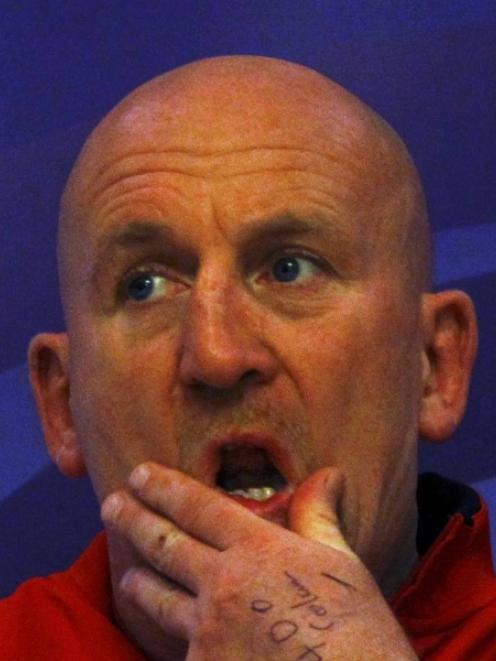 Shaun Edwards
Dealing with injuries has been a fact of life for Wales over the past few years, but while other teams sweat on the fitness of key players heading into the rugby World Cup quarter-finals the Welsh have a clean bill of health.

Assistant coach Shaun Edwards said today Wales was in an enviable, if somewhat unfamiliar, position ahead of its game against Ireland on Saturday, with the winner claiming a place in the semi-finals.

"It's a nice change for us really, because we had to come over here without quite a few of our ... players, so it makes a welcome change for us to be having a nice run with injuries," Edwards told reporters.

"Over the last two or three years we've definitely had more than our fair share of injuries and it's probably come at the right time that we have a lot of guys available.

"I think we're looking pretty healthy, probably the healthiest we've been, going into this week. It's very promising in that area."

Several of the leading sides in New Zealand have been hit hard by injury, with the All Blacks losing flyhalf Daniel Carter while captain Richie McCaw is nursing a persistent foot injury.

South Africa have lost the prodigious boot of Frans Steyn, while Australia winger Drew Mitchell was sent home on Monday after suffering a hamstring injury.

Six Nations champions England are also sweating on the fitness of flyhalf Jonny Wilkinson and centre Mike Tindall, who were injured in their victory over Scotland on Saturday.

Edwards said such injuries were part and parcel of international rugby.

"I think every team realises now that in such a collision-based sport you are going to pick up injuries," he added.

"All coaches hope and pray that they are not going to get their star players injured, but percentages tell you you're going to lose a star or a key player or two along the way."

Wales qualified for the last eight with a 66-0 thrashing of Fiji in Hamilton on Sunday and finished second behind the Springboks in the "Pool of Death" to set up their quarter-final against Pool C winners Ireland.

Brian O'Driscoll's team lost all four of their warmup games in August but have been remarkably consistent in New Zealand, pulling off a stunning 15-6 victory over Australia on Sept. 17 and clinching top spot with a 36-6 win over Italy on Sunday.

Wales have won just three of the last 10 matches against Ireland, but did win their Six Nations clash earlier this year.

The Welsh have also impressed with their performances in the pool phase in New Zealand and Edwards was sure the match was evenly balanced.

"It's a 50-50 game. It's pretty hard to pick the winner. They are two teams that have run into a bit of form, relatively injury-free.

"It's a moment in time you have to seize and both teams will be giving 100 percent to try to make sure they are not the team who are packing their bags on Monday."