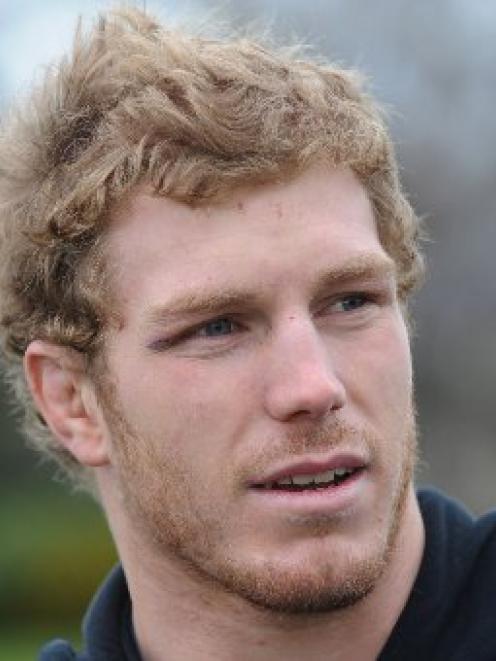 David Pocock
Closing out tight matches against old rivals New Zealand and South Africa has given a fast-improving Australia a strong belief ahead of the World Cup, flanker David Pocock says.

Last month's 14-9 win over the Springboks in Durban and the 25-20 victory over the All Blacks in Brisbane carried Australia to a first Tri-Nations title in a decade and the Wallabies are keen to take that momentum into rugby's biggest tournament.

While arch poacher Pocock acknowledged that the surprise losses to England and Samoa in the last 12 months had not been ideal, the team were moving in the right direction ahead of their World Cup opening Pool C match against Italy on Sunday.

"It's been a gradual improvement with a fair few hiccups along the way but I think as a group we have gained a lot of experience," Pocock told reporters at the team's hotel in central Auckland.

"Over the past 12 months, we have won a few really close games which in the past we were letting slip so, as I said, we have that confidence and belief in ourselves. It's just a matter of doing it now in the World Cup, on the biggest stage."

Australia are second favourites to lift the Webb Ellis trophy for a record third time after making great strides under New Zealander Robbie Deans over the past year.

Pocock has been one of the keys to the improved results which led former New Zealand flanker Josh Kronfeld to say that the Wallaby was the best in the world in his position ahead of All Blacks captain Richie McCaw.

"It's great coming from a guy like Josh Kronfeld, he is a legend," the 23-year-old Pocock said with a smile.

"I remember watching him when I was growing up when I was at primary school with his head gear. Yeah, that's something coming from him."

Another young talent to have emerged is Brumbies centre Pat McCabe, who made his debut against Sunday's opponents Italy last year.

McCabe, 23, said it had been a slightly overawing experience to become a Wallaby regular, but he was now comfortable in the role.

"I think just having watched a lot of those guys and not played with them a great deal you sort of look up to them a fair bit, but being next to them is a different kettle of fish," McCabe said.

"Having played five tests so far this year, I'm starting to feel I belong a lot more and yeah, I'm looking forward to playing with them.

"I think I have played enough with (flyhalf) Quade (Cooper) and Ant (centre Anthony Fainga'a) that I am starting to understand the things they do and the way they like to play."

Pocock, McCabe, Cooper, Fainga'a scrumhalf Will Genia and utility back James O'Connor are a just a few of the talents that the Wallabies can boast in their squad and assistant coach David Nucifora said their progression had come from good planning.

"We've done a lot of work to try and develop depth and competition within our playing ranks and that's built up to the selection of this squad.

"We feel we've got a group of players where any one of the 30 guys now could be in that starting 15 and do a great job."