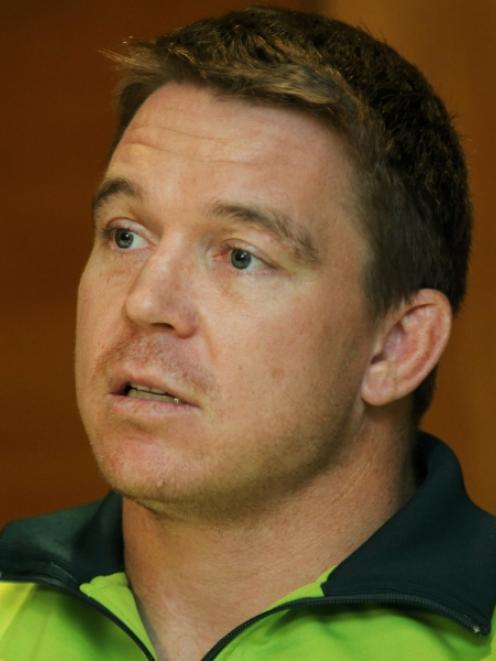 John Smit
South Africa skipper John Smit fired the first shot in the psychological battle against Australia today by saying his side were the underdogs for their rugby World Cup quarter-final clash in Wellington.

World champions South Africa have won just one of their last six against the Wallabies. They lost twice in this year's Tri-Nations and in 2010 the Springboks were defeated on the South African highveld for the first time in almost 50 years.

"We haven't beaten them this year, and last year wasn't fantastic either, so they're a team that have had one up on us for the last two seasons," Smit told reporters in Wellington.

"They're good opposition, we do know their players better than most and they have been a team that have been improving every single year.

"I'm pretty sure they're certainly sure they have a mental edge. The results over the last two years certainly favour them."

South Africa started slowly at the World Cup, needing all their mental toughness and a late Francois Hougaard try to beat Wales 17-16 in their Pool D opener.

They hammered Fiji and Namibia but had to withstand a fired-up Samoa, who had to win to make the quarter-finals, in their final pool game. The Springboks came out on top 13-5, again thanks to a desperate defensive performance, most notably from loose forwards Schalk Burger and Heinrich Brussow.

Mind games aside, the Springboks will prepare for Sunday's match at Wellington Regional Stadium with injury concerns over their two starting wingers, JP Pietersen and Bryan Habana.

Utility back Frans Steyn has been sent home after he sustained a shoulder injury and the Springboks would feel his loss more than New Zealand would miss flyhalf Daniel Carter, coach Peter de Villiers said.

South Africa could meet New Zealand in the semi-finals if both teams progress.

"He was one of those stars for us," de Villers said.

"Coming to the World Cup he came as a fullback. We were forced to use him at centre and then he showed us what his value is as a player and he's a team man there.

Steyn routinely bangs over penalties from more than 50 metres, and has kicked them from beyond 60, and despite his absence the Wallabies are still keen to avoid giving away cheap penalties.

"You always want to pressure certain areas of the game but you never go in thinking you want to push the boundaries even further," Wallabies captain James Horwill said.

"(Flyhalf) Morne Steyn is a fantastic kicker and I think his record his pretty high.

"You have to be aware of their goalkicking with or without Francois Steyn and you have to have that in the back of your mind with not giving away silly penalties."